Christian Lady to Unews: Qasem Soleimani is like no other, Ayatollah Khamenei is the captain of Resistance Axis 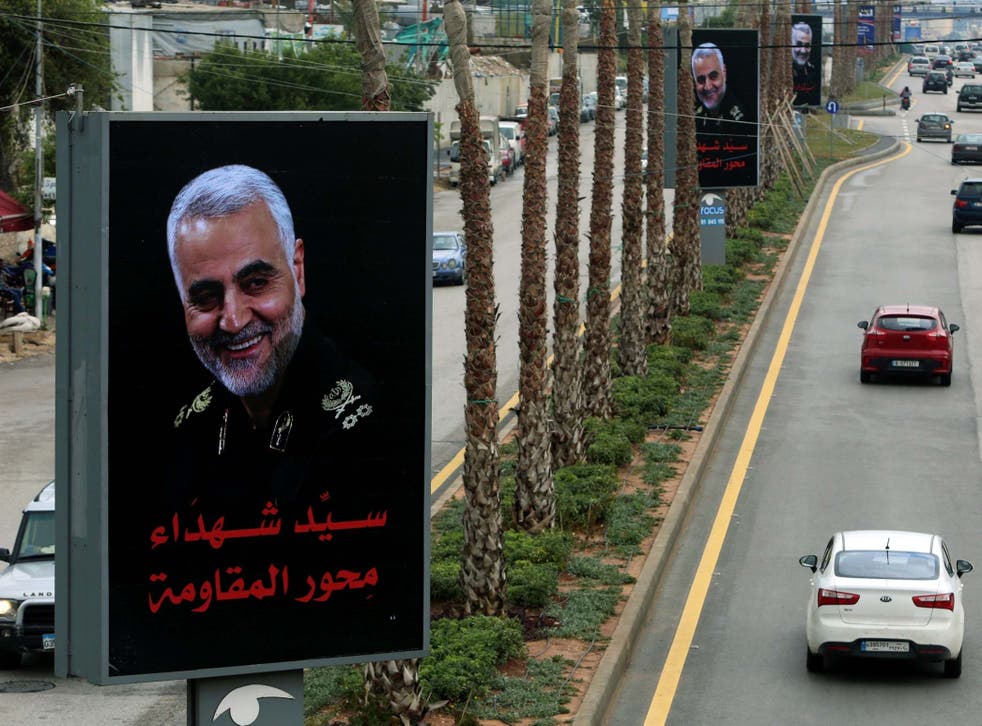 Lebanese activist in the ‘Free Patriotic Movement’, Zeina Karam, sparked controversy on social media a few days ago as she posted a video on Twitter expressing her personal conviction and love for Lieutenant General Qasem Soleimani who was assassinated in early 2020.

Zeina told Unews Press Agency that she is a Christian woman belonging to the ‘Free Patriotic Movement’, her birthplace is in Zgharta, northern Lebanon, and a resident of the Kesrouane district. She has in her home more than one picture of the martyr Soleimani for whom she prays daily and lights candles.

She expressed her full loyalty to the Resistance Axis, noting that “No matter how much she talked about the merits of Gen. Soleimani, she will not be able to fulfill his right.”

“He is the master of the martyrs of the Resistance Axis for Christians who belong to the axis just like Muslims because the axis of resistance brings together all sects and religions on the principle of resisting the American arrogance and the Zionist project.”

Zeina spoke about the beginning of her intimate knowledge of Gen. Soleimani’s role and his jihadist path especially in Iraq where he was the mastermind of fighting Daesh and Jabhat al-Nusra terrorists along with Iraq’s Popular Mobilization Units (PMU) deputy head, Abu Mahdi al-Muhandis.

She further expressed appreciation for the two commanders’ efforts in returning Iraqi Christians, who were displaced by terrorist groups, to their residents and in liberating churches.

The Lebanese lady continued, “For me, martyr Qasem Soleimani is like no other with the utmost respect for all leaders and martyrs. He is an exceptional man with wisdom and insight. He is not only a military leader, he also has a remarkable humanitarian side that appeared through the videos that were recorded of him with children and in the field.”

She went on to say, “After his martyrdom, I began to follow up on documentaries that show the role of martyr Soleimani in various military fields, especially during the July 2006 war, along with the martyred commander Imad Mughniyeh.

Zeina spoke about the beginnings of her affiliation with the resistance line in 2007, when there was no social media.

She underlined that she is fully convinced of this line after she met and engaged with the resistance environment in southern Lebanon and Beqaa.

The Lebanese activist said she is well aware that she will be criticized and attacked, but she recalled a promise to Gen. Soleimani and said, “No matter what it costs me, I will not care.”

Karam extended her best wishes to the Leader of the Islamic Revolution, Ayatollah Ali Khamenei, and the Secretary General of Hezbollah, Sayed Hasan Nasrallah, on the new year.

She described Ayatollah Khamenei as the “captain of the Resistance Axis” adding that the axis of resistance is getting stronger despite the global war that is being waged against it and the huge financial support to weaken it.

Zeina noted that this axis is not affected by pressures and the US is seeking today to return to the nuclear agreement with Iran because it has realized that all other methods, including military threats and economic blockades, did not and will not work.

The axis of resistance is to record a victory following another this year, Zeina concluded.