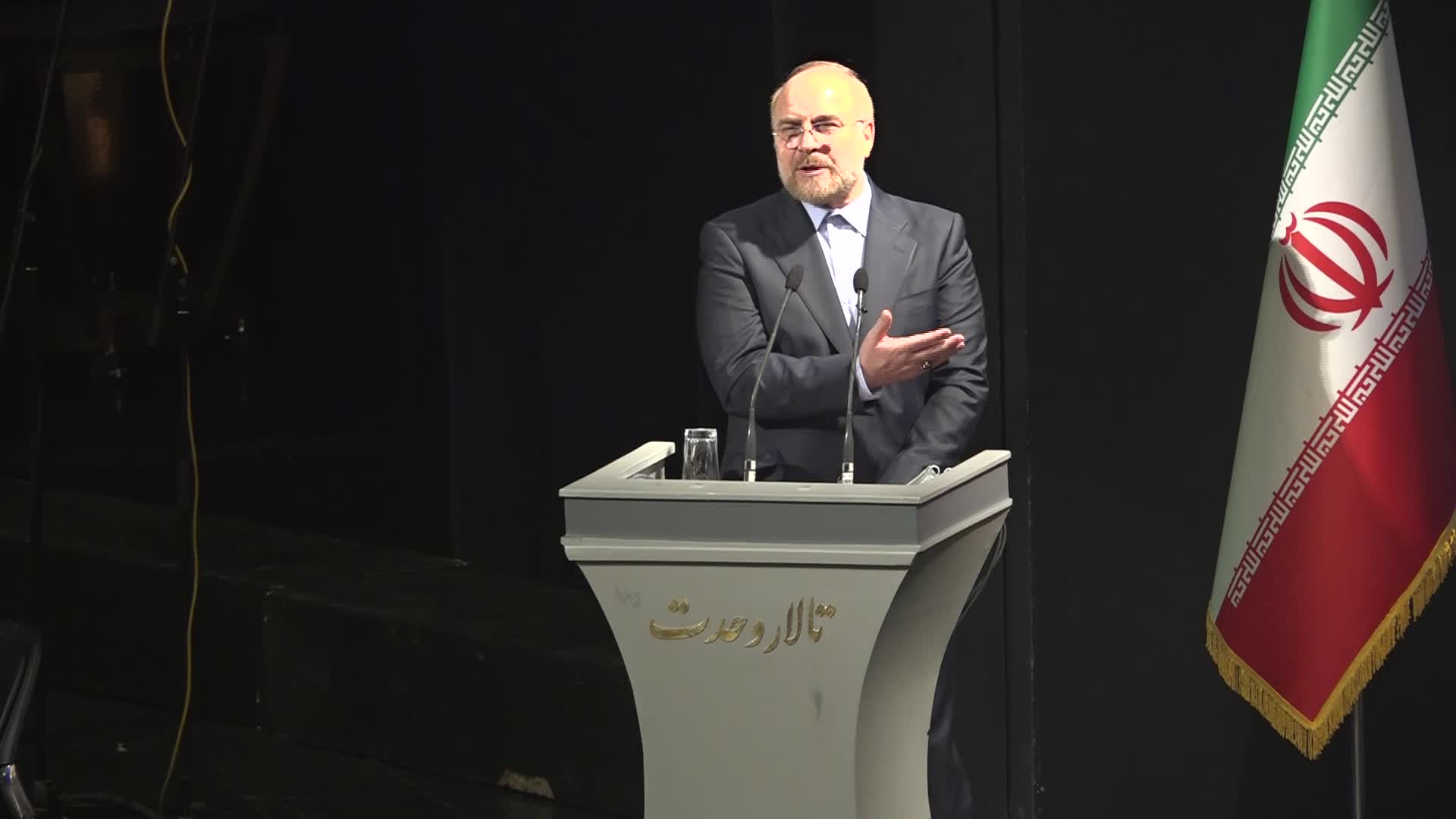 Iran’s Parliament Speaker Mohammad-Baqer Qalibaf said Lieutenant General Qasem Soleimani, who was assassinated in early 2020, was a popular resistance commander who shattered the US hegemony in the region.

Speaking at a ceremony in Shahr-e-Rey in southern Tehran on Thursday, Mohammad-Baqer Qalibaf said General Soleimani helped the resistance front defeat the US and the Israeli regime by relying on people, adding that he always defended children and the oppressed.

“The shedding of Martyr Soleimani’s blood signed off the document for the expulsion of America from the region. Today, we see America is leaving the region with humility,” he noted.

He made the remarks during a ceremony marking the second martyrdom anniversary of General Soleimani, the commander of the Quds Force of Iran’s Islamic Revolution Guards Corps (IRGC), and Iraq’s Popular Mobilization Units (PMU) deputy head Abu Mahdi al-Muhandis.

The top anti-terror commanders were assassinated along with their companions in a US drone strike authorized by former President Donald Trump near Baghdad International Airport on January 3, 2020.

They were highly popular because of the key role they played in eliminating the Daesh terrorist group in the region, particularly in Iraq and Syria.

Two days after Washington’s assassination operation, Iraqi lawmakers approved a bill, demanding the withdrawal of all foreign military forces led by the United States from the country.

Qalibaf said that the “ugly and filthy” assassination operation against the resistance commanders exposed the folly of claims by the global arrogance about defending human rights and international law.

“With his exemplary genius, Martyr Soleimani turned into a military commander during his forty years of management…who managed to shatter the hegemony of the American army and the global arrogance in the region,” he said.

“The good and effective performance of General Soleimani brought honor and dignity to Muslims and freedom-seekers of the world. The Islamic establishment of Iran is proud of having trained such a military commander,” who was a popular figure committed to humanitarian and Islamic values, Qalibaf said.