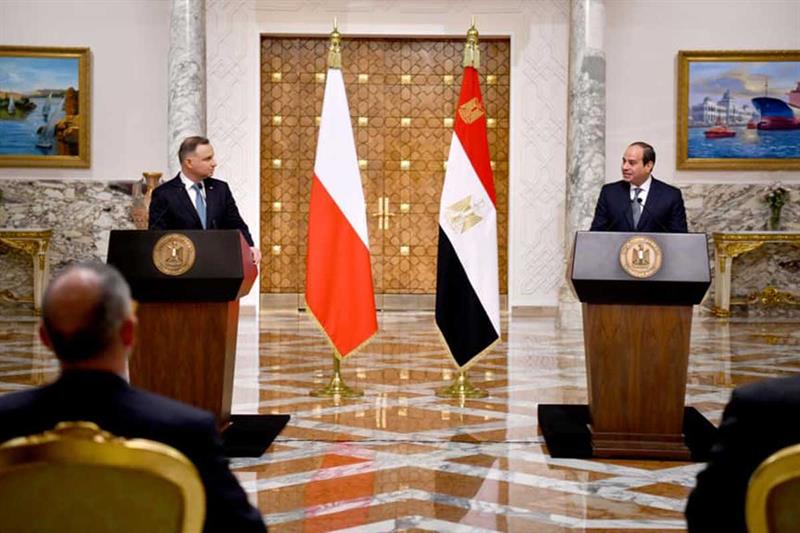 Polish President Andrzej Duda said Poland views Egypt as a prospective supplier of liquefied natural gas (LNG) to the European country after a meeting on Monday with President Abdel-Fattah El-Sisi in Cairo.

In a press conference with El-Sisi, Duda vowed absolute support for the ongoing negotiations between Egypt and the European Commission regarding Egyptian LNG deliveries to the European Union.

After achieving self-sufficiency in natural gas in 2018, Egypt is planning to use its position on Europe’s doorstep to become a major supplier of LNG to the continent, which is transitioning away from other fossil fuels.

This is based on Egypt’s huge gas discoveries and production, which is expected to rise to 7.5 million tons by the end of the 2021/22 fiscal year.

Egyptian gas exports to the European continent were around 2 million tons in 2021, up from just 270,000 the previous year, according to data from S&P Global Platts.

Amid the Russia-Ukraine crisis, German ambassador to Egypt Frank Hartmann said that Germany aims to reduce its dependency on Russian gas by two-thirds by the end of this year, and is seeking out alternate sources, including Egypt.

The EU imports the vast majority of the gas it consumes, with Russia accounting for around 45 percent of imports in 2021, according to the International Energy Agency.

Duda, who is on his first official visit to Egypt, discussed with El-Sisi regional and international issues of mutual concern and witnessed the signing of a number of MoUs in various areas.