Assad: What we lack as Arabs is to lay bases for political relations in the interest of peoples 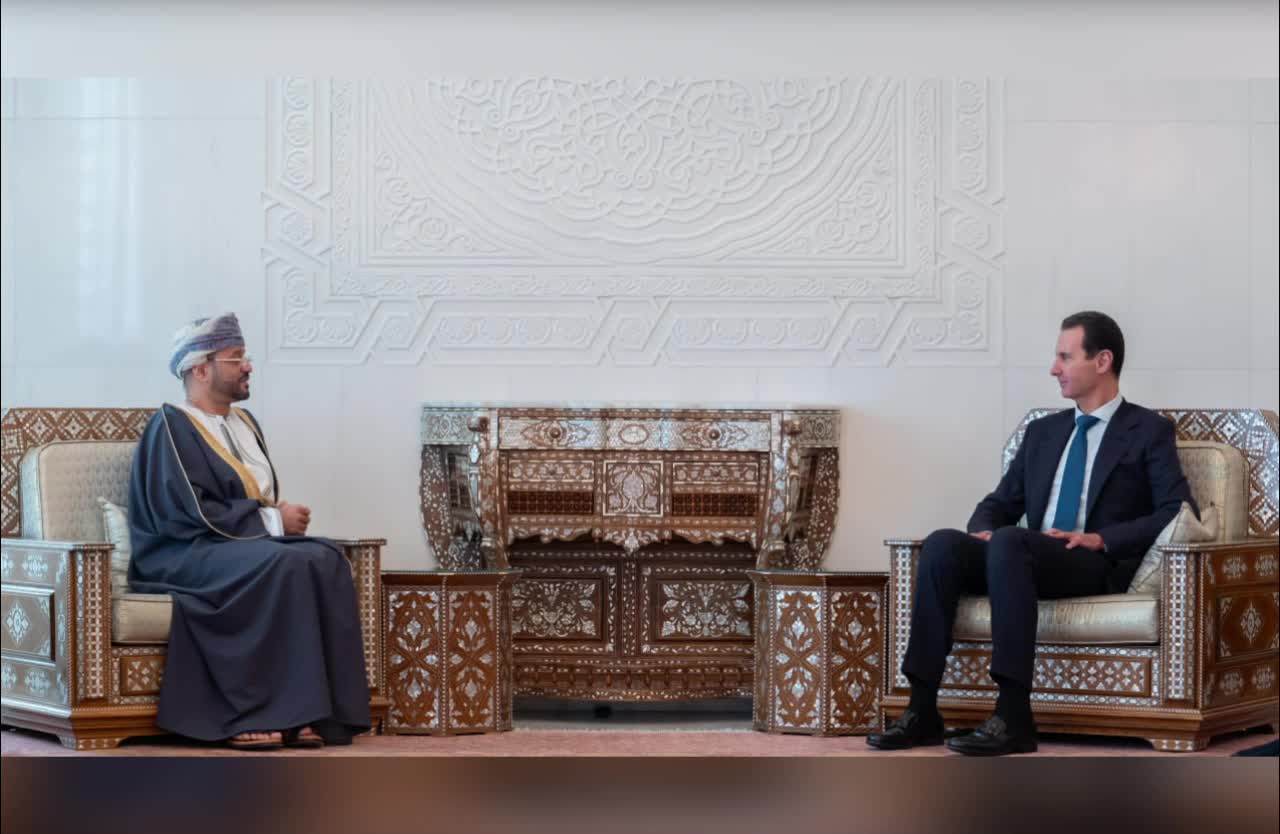 Talks during the meeting dealt with the distinguished relations that bind Syria and Oman and aspects of cooperation between the two brotherly countries.

The two sides stressed the importance of continuing work on all levels in order to enhance these relations through building on the principles and common interests that gather the two countries and peoples and fulfilling partnerships in various sectors that benefit the Syrian and Omani peoples and the peoples of the Arab region.

Al-Assad considered that what we lack, as Arabs is to lay the foundations for the methodology of political relations and to hold objective dialogues based on the interests of the people, pointing out that dealing with changes in reality and Arab society requires changing the political approach and thinking, based on our interests and our position on the international arena.

For his part, the Omani minister conveyed to President al-Assad the greetings of Sultan Haitham bin Tariq and his keenness on Oman’s firm stances towards Syria, considering that Syria is a basic factor in the Arab world, and its strong and courageous policies and positions make reliance on it great in facing the challenges that surround us.