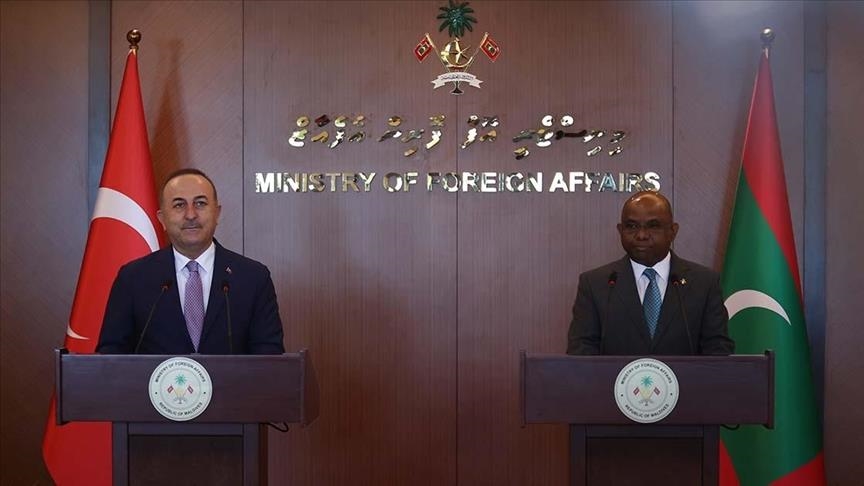 Turkey and the Maldives have agreed to establish a joint economic committee, the Turkish foreign minister said on Sunday.

In an official visit to the archipelagic nation, Mevlut Cavusoglu held a joint press conference with his Maldivian counterpart Abdulla Shahid in the capital Male, noting that this committee would help deepen the two countries’ economic cooperation and increase their bilateral trade volume.

Cavusoglu underlined that the two countries’ bilateral trade volume had doubled last year, adding that one of the agreements signed during his visit was on trade and economic cooperation.

The countries aim to increase their trade volume to $100 million over the next two years, he said, emphasizing that interest in the Maldives is rising among Turkish business circles and investors.

With many Turkish firms particularly keen on investing in the Maldives’ tourism sector, Cavusoglu said that the country had become an extremely popular tourist destination among Turkish citizens, with plans also to increase the number of flights between the countries.