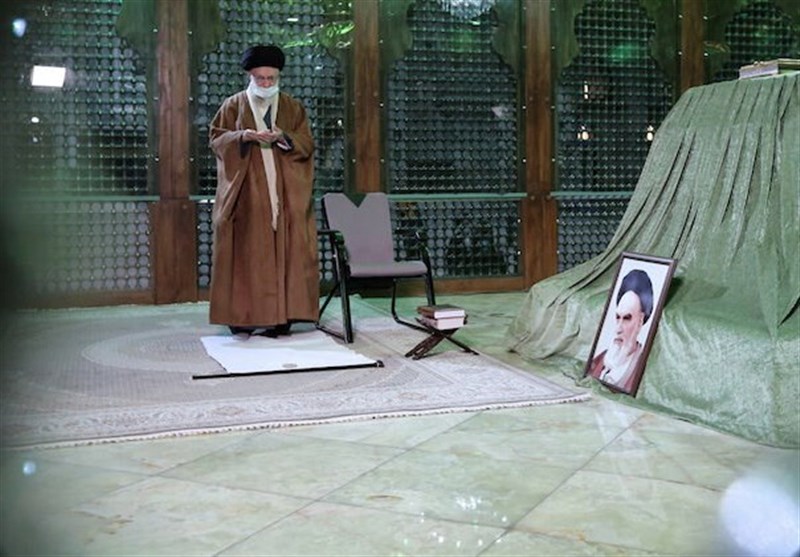 Ayatollah Khamenei visited the shrine of Imam Khomeini and the Martyrs’ Graveyard in Behesht Zahra cemetery on Monday morning, with the beginning of the Ten-Day Dawn Celebrations and on the eve of the 43rd anniversary of the victory of the Islamic Revolution.

The Leader honored the memory of the dear departed Imam by reciting verses from the Holy Quran and performing prayers.

Ayatollah Khamenei also visited the tombs of the eminent martyrs Ayatollah Beheshti, Rajaee, Bahonar, and the martyrs of the 7th of Tir (June 28) Tragedy. He asked God, the Almighty, to elevate their status in Heaven.

The Leader then paid tribute to the Martyrs’ Graveyard, sending peace and greetings on the pure souls of the fighters for the cause of God, who defended Islam and Iran.