IRGC General: US and its allies trying to deter Iran 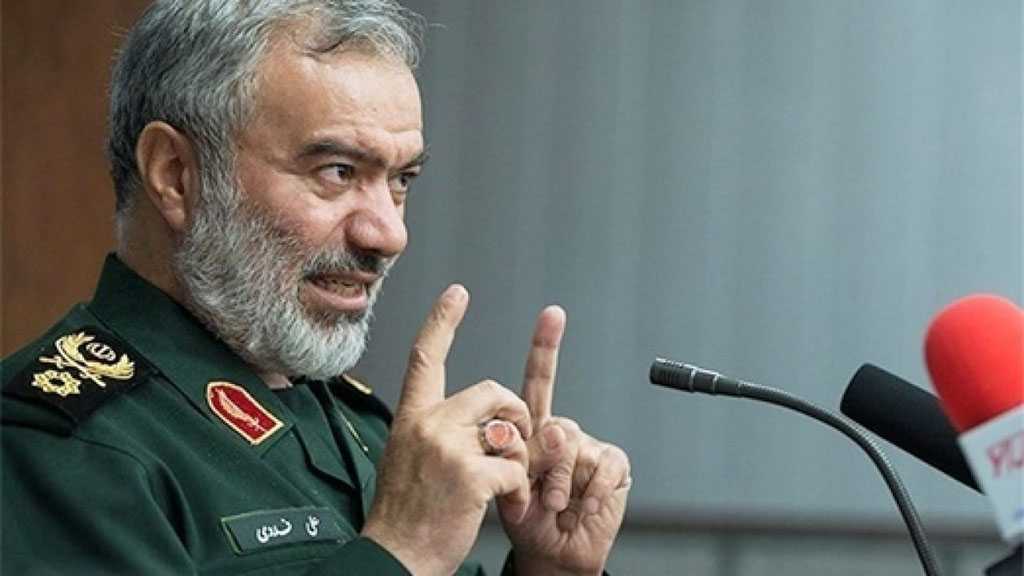 The Islamic Republic has amassed such enormous power that the US and its allies are looking for ways to develop deterrent capabilities in the face of Iran, deputy commander of the Islamic Revolution Guards Corps (IRGC) said.

Addressing a cultural ceremony in Tehran on Sunday, Rear Admiral Ali Fadavi said the Islamic Republic has gained such great power that it has forced the enemies to pursue plans for deterrence.

He pointed to the comments that the last US defense secretary under the Obama administration had made in Al Dhafra Air Base in the United Arab Emirates, adding that the American official had confessed that the US and its allies in the Persian Gulf region and outside the region were trying to develop deterrent capabilities in the face of Iran.

The IRGC General underlined the lesson of history on Iran’s victory over dozens of powers in eight years of Iraqi imposed war in the 1980s, noting that faith in God and His promises will lead to the best results.

As an instance, he added, the Yemenis are overcoming the united front of invaders involving the Persian Gulf southern states, Europeans, Americans and even Africans.