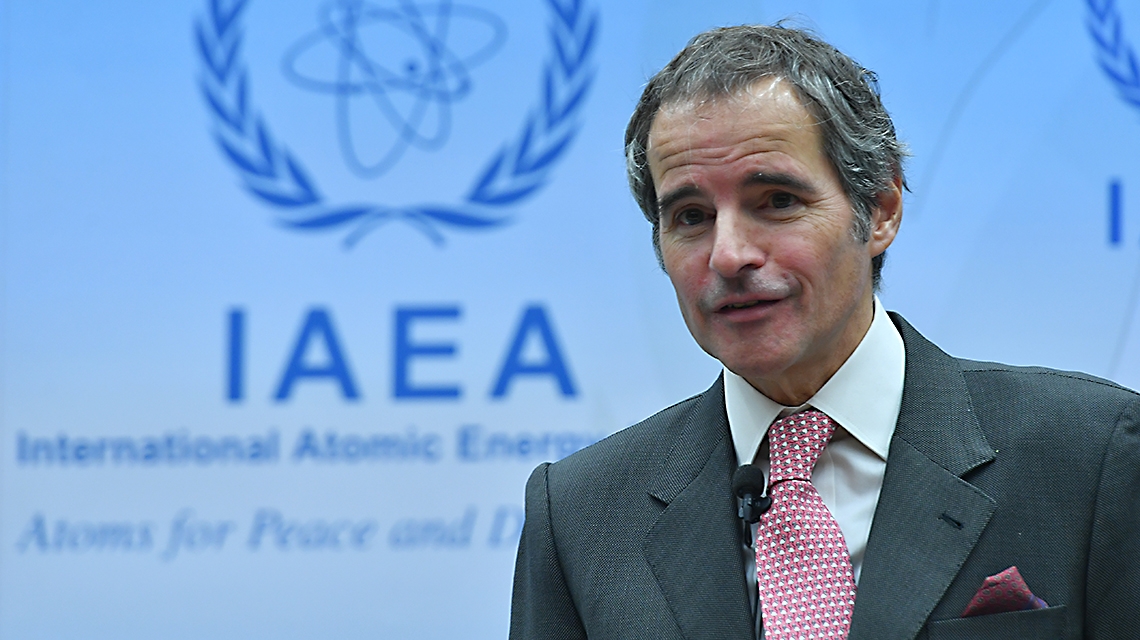 The Director-General of the International Atomic Energy Agency (IAEA) expressed his hope to meet Iranian President Ebrahim Raisi to build a relation of “mutual trust and confidence”.

“Our relationship with Iran is a permanent one, it’s not predicated on the JCPOA or other things. It’s a permanent relationship based on their membership on the Treaty on the Non-Proliferation of Nuclear Weapons, which requires all countries in the world to have a system of inspections,” Rafael Mariano Grossi said in an interview with Euronews in Brussels on Thursday.

“Of course, there are ups and downs as in any relationship, and we are always making every possible effort to keep it at a good level. And this has been my message all along.”

“I think diplomacy cannot fail. We have to make sure that every element is there and it is possible to have a sort of a modus vivendi,” he said.

“Iran can continue with its nuclear program within important limitations and giving, at the same time, all the necessary assurances to the international community that nothing is incorrect or not in the way it should be. And for that, you have the inspectors.”

The IAEA director also called on Iran to allow the agency to replace the monitoring and surveillance equipment installed in the country’s nuclear sites.

IAEA inspections are an essential part of the 2015 deal and have become in recent years an important point of contention, as Iran believes that the IAEA has spread confidential information and letters relating to Tehran’s nuclear program.

Earlier, in an interview with IRIB on Wednesday, Behrouz Kamalvandi, the spokesperson for the Atomic Energy Organization of Iran said that the UN nuclear agency’s repeated exposition of details of Iran’s nuclear work is partly driven by psychological warfare intentions.