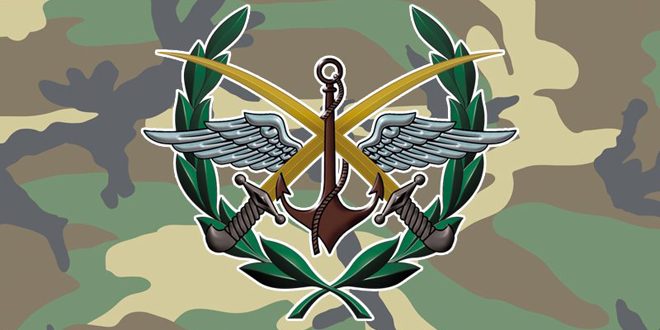 A military source said that nearly at 11.17 a.m., the Israeli enemy launched a number of missiles from the northern side of occupied Palestine, targeting some points in Damascus countryside.

The source said that the army air defenses repelled the missiles and shot down a number of them, adding that the aggression injured two soldiers and caused some material damages.