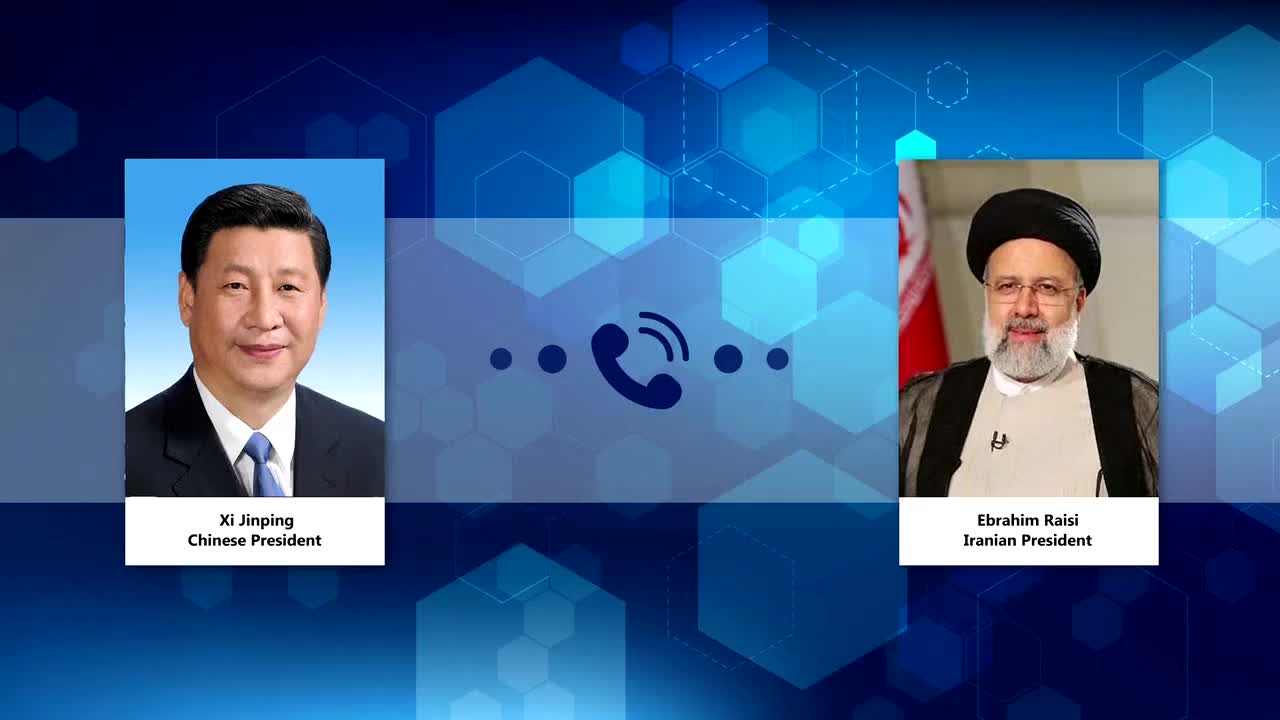 In a one-hour telephone conversation, the presidents of Iran and China discussed the latest international and regional developments and emphasized expanding and strengthening bilateral relations.

Ebrahim Raisi, in a telephone conversation with Chinese President Xi Jinping on Friday afternoon, described the US interference in countries’ internal affairs as a continuation of Washington’s destructive policy of unilateralism, which has now become a threat to global peace and security.

Raisi stressed Iran’s determination to comprehensively develop relations with China regardless of international developments, describing independent cooperation based on the national interests of the sovereign countries as the correct model of governance at the regional and international levels.

He highlighted the need for justice and fairness to prevail in the emerging international order, considering any US attempt to repeat the Cold War pattern in the world as a sign of its weakness and decline.

In response to the Chinese President’s praise of the policy of developing relations and cooperation between the Islamic Republic of Iran and its neighbors and its achievements, Raisi said, “This approach of the Islamic Republic of Iran has provided the necessary foundations for security and collective development in West Asia and can be a model to strengthen the political trust and economic development in the region”.

In this context, Raisi emphasized Iran’s efforts to provide maritime security and energy transfer. The President also referred to the negotiations to lift the sanctions and said that it is imperative for the American side, as a violator of the agreement, to make its political decision, as well as the country’s action to cancel the illegal sanctions against Iran and third parties.

Raisi welcomed the development of multilateral economic cooperation in the context of regional and extra-regional arrangements such as the Shanghai Cooperation Organization and the BRICS group.

Raisi and Xi Jinping also agreed on development strategies and acceleration in the implementation process of the 25-year comprehensive cooperation plan by proposing cooperation development initiatives and expressing satisfaction with the development of relations and leap in commercial exchanges between the two countries in the last year.

Pointing to the importance of maintaining regional stability and the constructive role of the Islamic Republic of Iran in this regard, Xi Jinping emphasized that “China is against the policy of pressure and unilateralism.”

He described China-Iran relations as of strategic importance and said that his country tries to strengthen and develop the key strategic and security cooperation between the two countries, especially in the commercial, economic, infrastructure, and energy fields.

The President of China stated, “The implementation of the 25-year comprehensive cooperation document between the two countries is a big step in this direction, and on this basis, I am issuing the necessary orders for the development of all-around strategic relations with Iran, including in the economic field”.