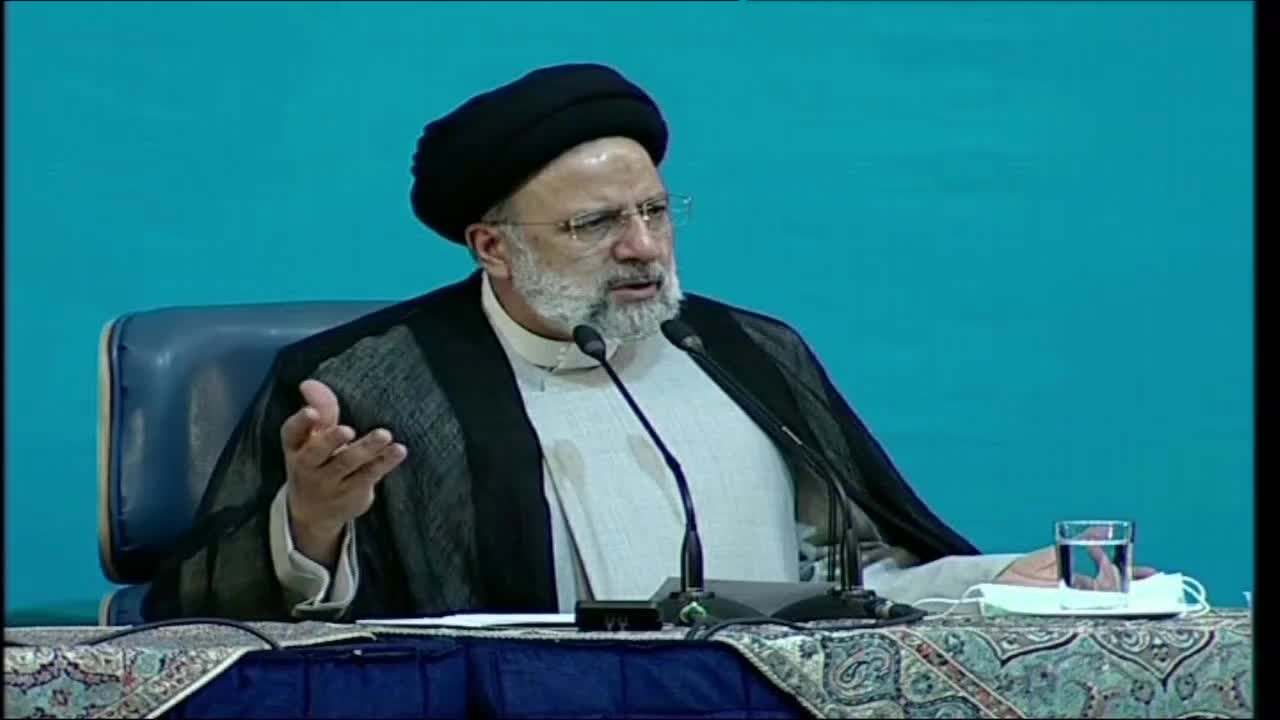 Referring to the visit to Shahid Noje Air Base and the great and valuable measures taken in the military departments of the province, Iran’s President Ebrahim Raisi said “The armed forces of the Islamic Republic of Iran turned sanctions and threats into opportunities and made great progress”.

Speaking in the meeting of the administrative council of Hamedan province and among the officials of this province, Raisi stressed on the fulfilment of the slogan of the year and that we are obliged to boost production in the country and said, “Mr Governor-General announced the return of 80 units to the production cycle, which is very valuable and worthy of appreciation”.

Stressing the satisfaction of the general public by the managers, the President said, “Forty-three years after the victory of the Islamic Revolution, we no longer have the opportunity for trial and error”.

Raisi considered responsibility as an important matter for the statesmen, adding “Eight thousand martyrs of Hamedan province create a serious responsibility for all managers of this province.”

Stating that in the Islamic system, all elements must move on the path of justice, the President clarified, “The law must be passed in the parliament with fair considerations, implemented in the executive branch in a fair manner, and the people’s claims must be judged fairly in arbitration and judgment”.

Raisi stressed on gaining the satisfaction of the general public by the managers and said, ” Forty-three years after the victory of the Islamic Revolution, we no longer have the opportunity for trial and error.”

He further referred to the jihadist and tireless spirit of the warriors and martyrs of the Sacred Defense period, Raisi said, “Managers should follow the culture of “we can” and strive for the progress of the country in the field of action.”

Raisi further stressed on the requirements of the Second Step of the Revolution, including independence, dignity, Iranian-Islamic lifestyle, technological development and the implementation of justice.

“My request to the government managers at different levels is to make efforts in the path of realizing these important issues that are the emphasis of the Supreme Leader of the Revolution.”