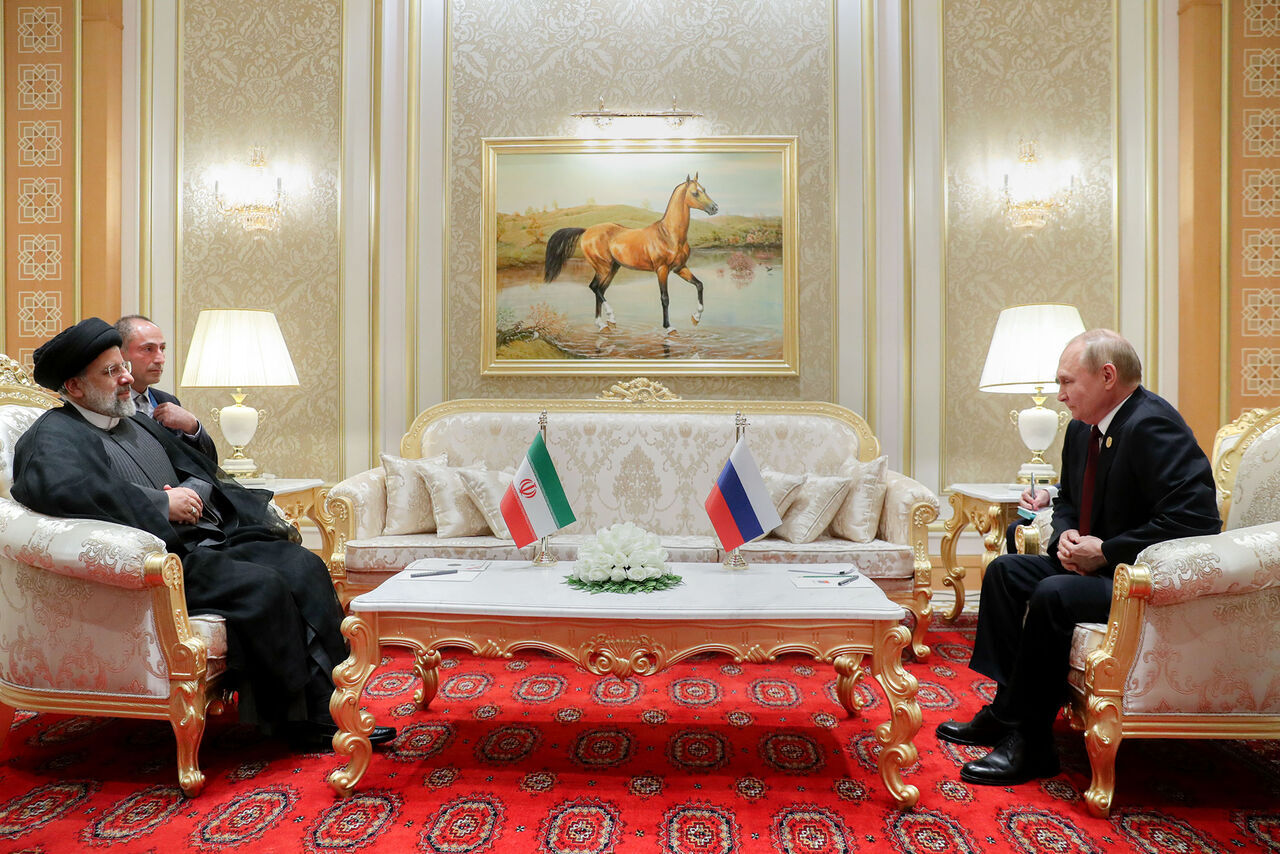 Iran’s President Ebrahim Raisi hailed the high level of the ties between Tehran and Moscow but said there is still great potential for developing the relations.

“Relations between the two countries in the field of trade and energy cooperation are at a high level, but given the existing fields in the two countries, these relations still have great potential for expansion,” Raisi said in a Wednesday meeting with his Russian counterpart Vladimir Putin in Turkmenistan’s capital, Ashgabat.

The two presidents had traveled to Ashgabat to take part in the sixth summit of the Caspian littoral states.

“After my (recent) visit to Russia, several reciprocal visits have been made by the relevant officials in order to follow up on the agreements between the two countries, and the implementation process of these agreements is at a good pace,” Raisi said.

The Iranian president had paid a two-day visit to Moscow at the head of a delegation in January and met Putin. He described the visit as a “turning point” in bilateral relations between the two countries, saying they could boost their security and trade through maintaining close dialogue.

Last week, Russian Foreign Minister Sergei Lavrov visited Tehran where he met Raisi, confiding that Moscow was adapting to what he called the West’s aggressive policies.

“In all the countries experiencing the negative influence of the selfish line taken by the United States and its satellites, there arises the objective need to reconfigure their economic relations so they can avoid relying on the whims and vagaries of our Western partners,” Lavrov said.

Last month Moscow said Russia and Iran, which are both under Western sanctions and sit on some of the world’s largest oil and gas reserves, had discussed swapping supplies for oil and gas as well as establishing a logistics hub.

On Wednesday, Raisi stressed the need for the two countries to support strengthening of the North-South corridor, saying Iran and Russia have also good capacities for cooperation in the field of energy, including swaps.

The International North-South Transport Corridor (INSTC) is a multimode network of sea and rail routes that links the Indian Ocean and the Persian Gulf to Iran, India, Russia and North Europe.

The Iranian president also stressed the need for mechanisms to strengthen banking and monetary relations between Iran and Russia, stating that financial exchanges between the two countries should be carried out within an independent framework outside the Western financial exchange system so that no country can manipulate it for pressure.

Putin expressed his satisfaction with meeting his Iranian counterpart again, saying trade and economic relations between the two countries have increased in recent months, adding the path must continue.

The two countries have been working to sign a new and improved long-term bilateral cooperation agreement.

Iranian officials have said they have been making headways on banking cooperation, most importantly on foreign currency transfers.