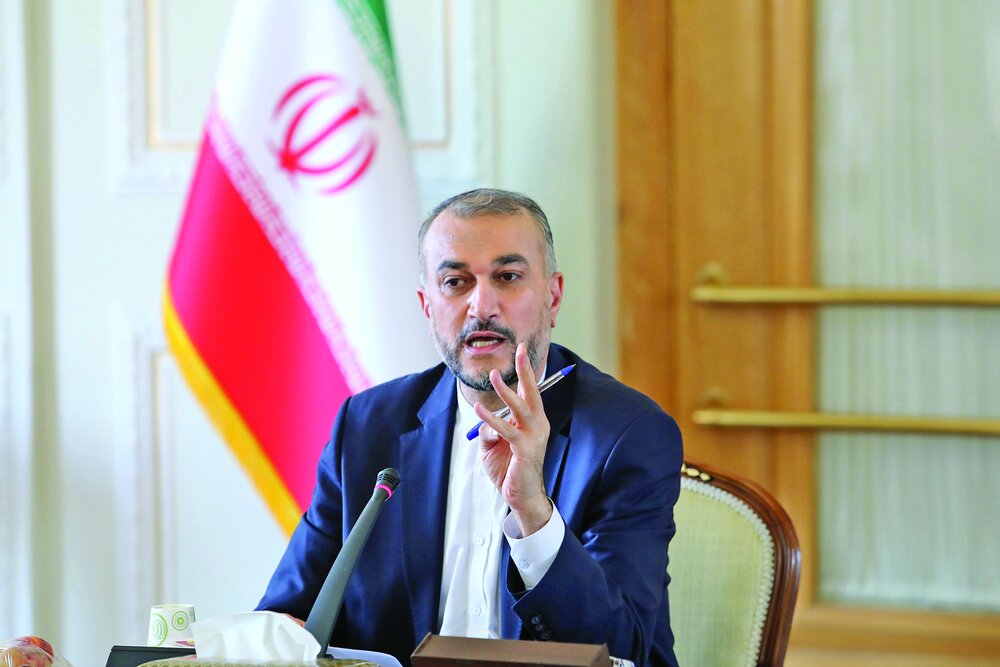 Foreign Minister of Iran Hossein Amirabdollahian denounced the US for inaction in the talks on reviving the 2015 nuclear deal and lifting the sanctions on Tehran, reiterating the Islamic Republic’s resolve to strike a robust agreement.

In a telephone conversation on Sunday evening, the top Iranian diplomat and his Finnish counterpart Pekka Haavisto talked about the latest regional and international developments, the relations between Tehran and Helsinki, and the crisis in Ukraine.

Decrying the US government for its failure to take a decision in the course of Vienna talks on the revival of the Joint Comprehensive Plan of Action (JCPOA), Amirabdollahian said Iran is serious and resolute about reaching a “good, strong and sustainable agreement”.

He also pointed to a visit by the Finnish foreign minister to Tehran in February, voicing Iran’s readiness to carry out the agreements concluded in that visit and promote cooperation with Finland.

On the military conflicts in Ukraine, Amirabdollahian expressed Iran’s opposition to war, invited the warring sides in Moscow and Kiev to hold dialogue to end the war, and described diplomacy and negotiations as the solution to the crisis.

The Iranian foreign minister also backed the continuation of the ceasefire in Yemen, calling for the full removal of the blockade on the Arab country and for the settlement of the crisis through Yemeni-Yemeni talks.

For his part, Haavisto expressed hope for the achievement of a favorable agreement in the Vienna talks.

Hailing the 90th anniversary of the establishment of diplomatic ties between Finland and Iran, he stressed the need to enhance relations and cooperation with Tehran.

The Finnish minister also expressed hope that the negotiations between Russia and Ukraine and the assistance from the other countries, including Iran, would resolve the crisis.