President of Tajikistan Arrives in Tehran 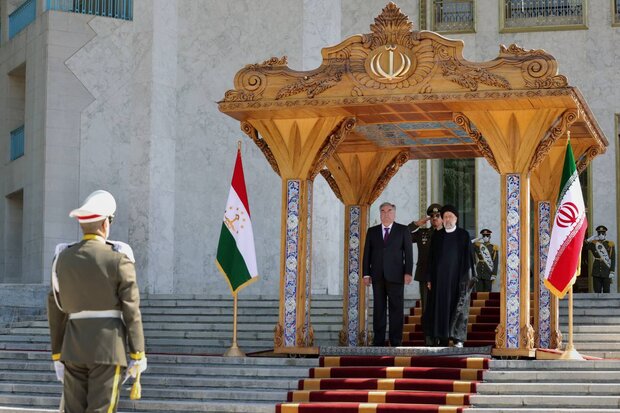 President of the Republic of Tajikistan Emomali Rahmon arrived in Tehran on Monday for an official visit.

The Tajik president received a formal welcome from his Iranian counterpart Ebrahim Raisi at the Sa’dabad Palace here in the capital.

The two presidents are going to co-chair a joint meeting of high-ranking delegations, after which a number of cooperation agreements will be signed.

In a meeting with a Tajik deputy foreign minister on Sunday, Iranian Foreign Minister Hossein Amirabdollahian said the visit to Tehran by Rahmon provides a major impetus for the promotion of relations between the two nations that share many cultural values.

Describing the presidential visit as highly important for the development of ties between Tehran and Dushanbe, Amirabdollahian said Iran and Tajikistan have many historical, civilizational, cultural and linguistic commonalities.

Such huge potential will pave the way for the further expansion of ties between the two brotherly and friendly nations, the top Iranian diplomat noted.

Raisi made his first official visit as the Iranian president to Tajikistan in September 2021.

In comments on Sunday, the spokesperson for Iran’s Customs Office said the trade relations between Iran and Tajikistan have begun to rise by several times following Raisi’s trip to Dushanbe.

Ruhollah Latifi said the figures show a 489% rise in the weight and a 463% rise in the value of trade exchanges between Iran and Tajikistan in the previous Iranian year compared to a year earlier.