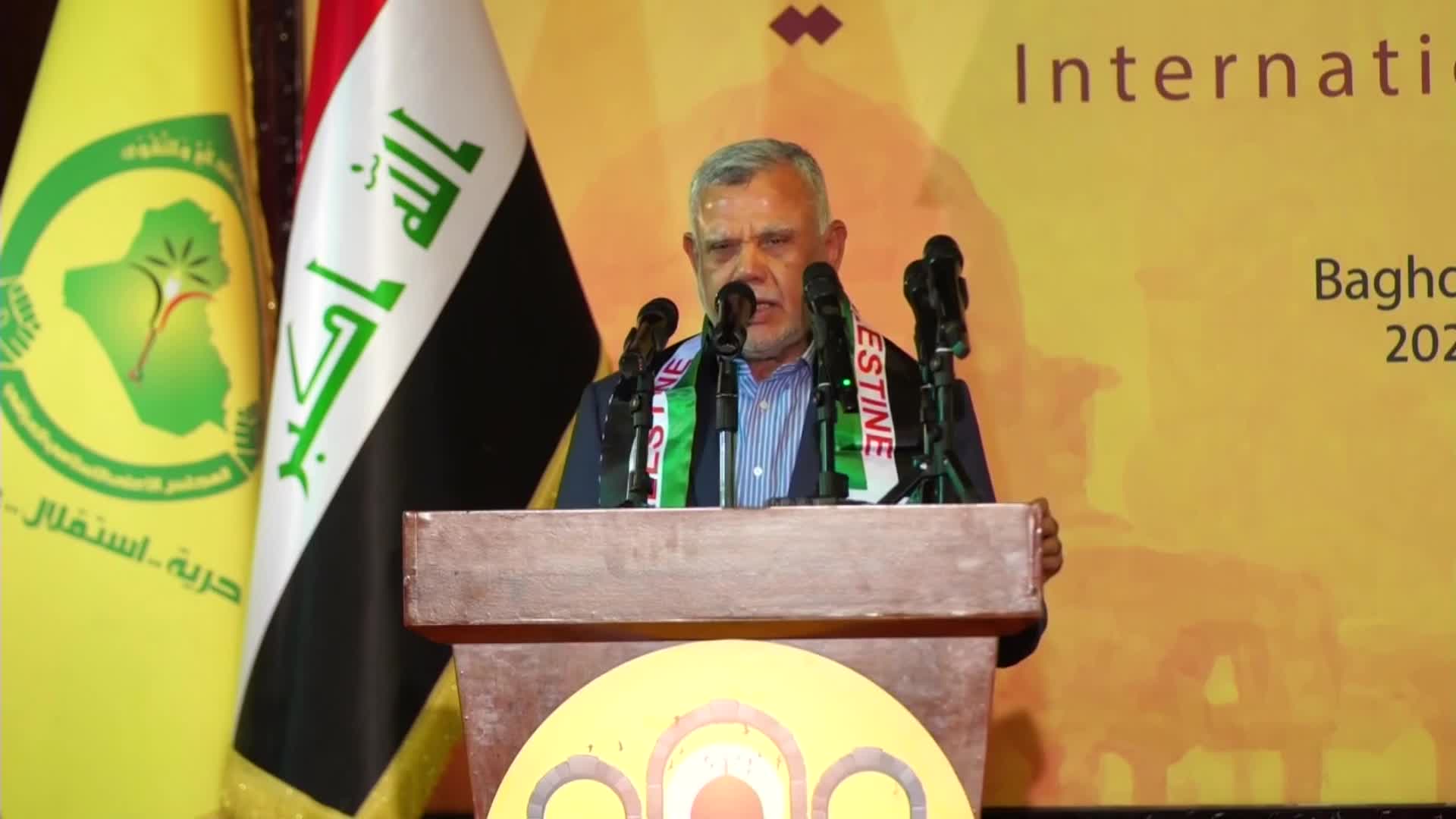 Iraqi Fatah Alliance chief Hadi Al-Amiri said that defending Jerusalem is part of Iraq’s legitimate and moral responsibilities, adding that the Zionist entity is behind all conspiracies planed against Iraq.

Speaking during the Third International Conference to Commemorate the Quds International Day, Al-Amiri said “the banners of liberating Jerusalem from the Zionists will be launched from Iraq”.

“The Islamists are the ones who affirm the rejection of normalization, support the resistance, and support the Palestinian people.”