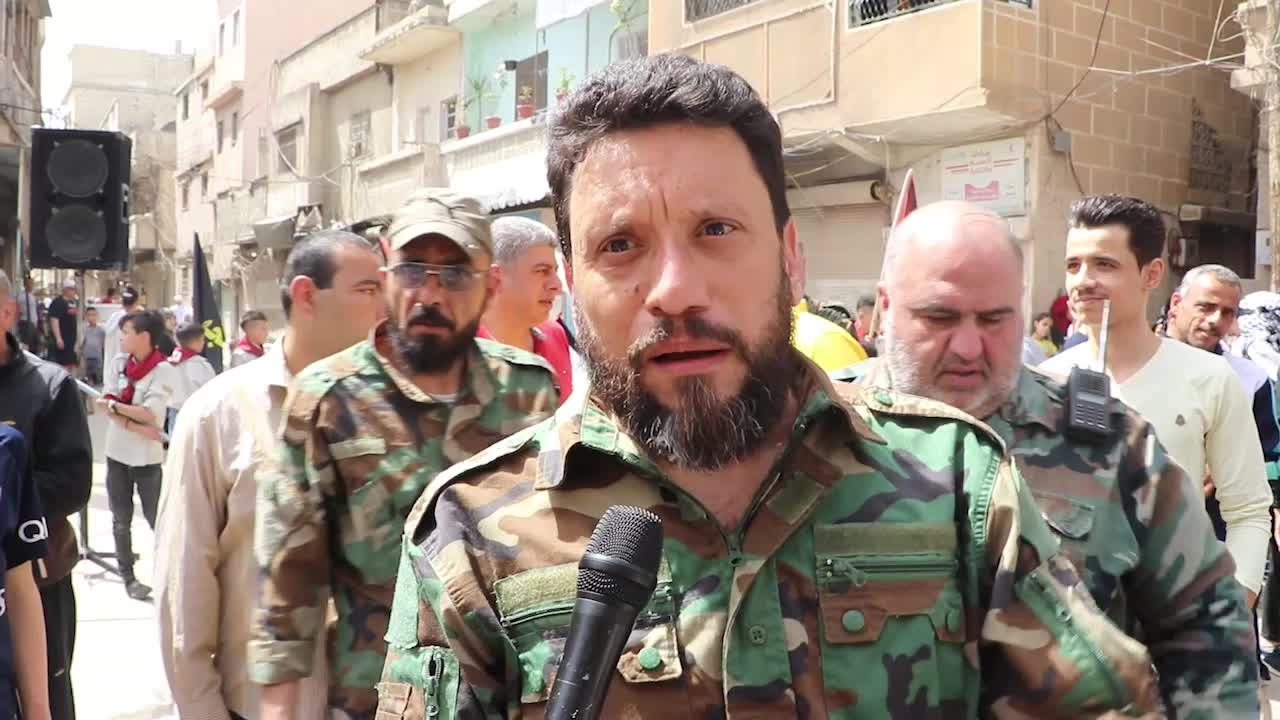 The people of the holy province of Karbala marked the Quds International Day in solidarity with the Palestinian people.

A massive march was held in Karbala, during which participants raised Palestinian flags and banners condemning Zionism and colonialism and calling for Islamic brotherhood and solidarity for the liberation of oppressed peoples.

Civil and Islamic organizations, tribal authorities, and members of the Karbala local government took part in the commemoration.

Participants affirmed their absolute rejection of normalizing ties with Israel and full support of the Palestinian people and resistance.