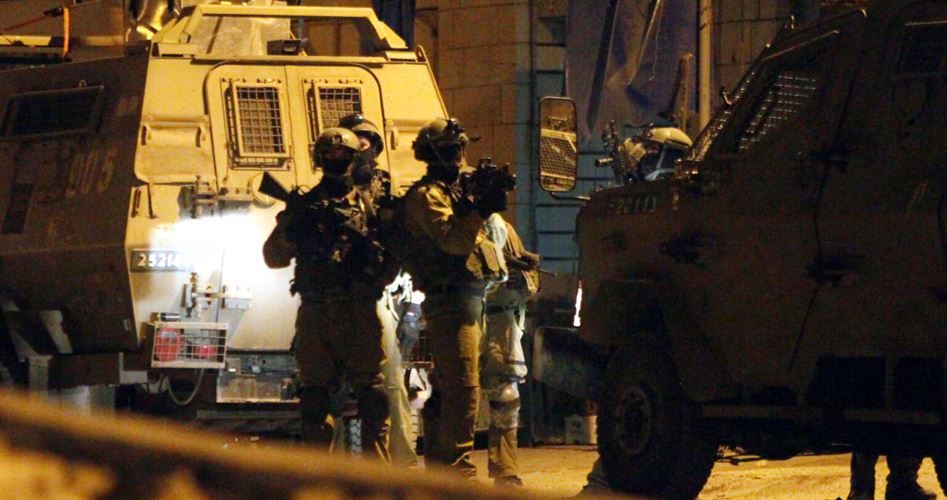 Israeli forces Wednesday overnight detained 24 Palestinians in several raids across the West Bank, according to local and security sources.

They said that Israeli forces rounded up five Palestinians from the central West Bank district of Ramallah and al-Bireh.

One of the five detainees was identified as a resident of Beit Rima town, northwest of Ramallah, another as a formerly-detained university student from the city neighborhood of Ein Misbah, and three others as residents of Abu Mashaal village, northwest of the city.

In the northern West Bank, the military vehicles stormed Ya‘bad town, west of Jenin, where the soldiers detained five others, including a former prisoner.

They conducted a similar raid in Bir al-Basha village, southwest of the city, and re-arrested a former prisoner.

They detained another along with his nephew from Balata refugee camp, east of Nablus, and ransacked the houses of their families, turning them upside down.

In the southern West Bank, the sources confirmed a raid in al-‘Ibayyat village, east of Bethlehem, resulting in the detention of four others, including two brothers.

Israeli soldiers forcibly entered a house in Husan village, west of the city, muscled inside and ultimately detained another.

Meanwhile, three residents of Beit Ummar town, north of Hebron, were detained after being stopped at Huwara military checkpoint, south of Nablus.

The multiple raids comes in the aftermath of a shooting attack in Tel Aviv suburb where at least five Israeli settlers were killed and two others critically injured.