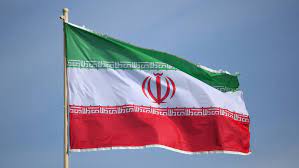 In a statement on Wednesday, Foreign Ministry Spokesperson Saeed Khatibzadeh condemned the Israeli recurrent airstrikes against Syria, particularly the attack that has struck foodstuff and medicine warehouses in Latakia for the second time this month.

He said such attack by the Zionist regime amounts to aggression against a UN member state, brazen violation of Syria’s sovereignty, an act of aggression, a clear example of the Zionist regime’s objectives in creating crisis and chaos in the region, and also an inhumane and immoral action.

“The leaders of that regime (Israel), who can’t stand stability, security and calm in the region and have defined their security as the region being unsafe and as unstable as possible, have violated and mocked all international rules, regulations and norms by launching successive attacks on the Syrian soil under bogus and baseless pretexts,” Khatibzadeh added.

He stressed that the government and nation of the Syrian Arab Republic have the legitimate right to self-defense against the aggressors.

The Iranian spokesman also called on other countries and the international community to take the necessary measures to prevent the recurrence of such Israeli strikes which threaten regional peace and security, “because silence on such aggressive actions by the Zionist regime will encourage and give the green light to the regime to continue acts of aggression.”