Iranian Top Negotiator: To enter Vienna talks with serious will for sanction removal 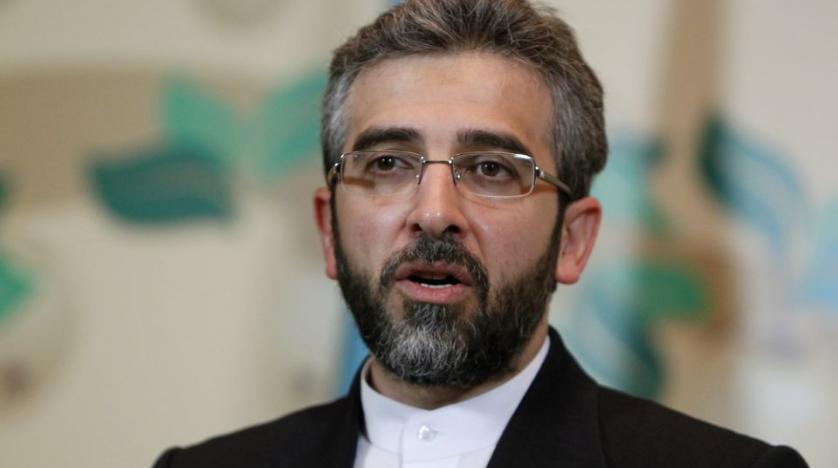 Iranian top negotiator Ali Baqeri Kani announced the country’s “serious will and strong preparation” for the removal of sanctions imposed against the Islamic Republic.

“The makeup of the Islamic Republic’s negotiating delegation reflects this resolve and seriousness for taking serious steps towards the removal of the US’ sanctions against the Iranian people,” Ali Baqeri Kani told reporters on the eve of nuclear talks in Vienna.

“The issue of removal of the sanctions form the focus and principle priority of this round of the talks,” he said, calling the bans “illegal and oppressive”.

Earlier on Sunday, Bagheri Kani in an article published by the Financial Times slammed Western countries, especially the United States, for using talks as a tool to restrict Iran’s peaceful nuclear program.

“Western countries, in particular the US, work tirelessly to portray ‘negotiations’ as merely a process to restrict Iran’s legitimate and peaceful nuclear program, which is enshrined in international treaties and watched by oversight organizations,” Bagheri Kani said.

Bagheri Kani left Tehran for Vienna on Saturday to attend the seventh round of talks.

The US returned the sanctions in 2018 after leaving a historic nuclear agreement between Iran and others that had eliminated the coercive measures.

US President Joe Biden has alleged a willingness to re-enter Washington into the deal and lift the measures again. His administration has, however, not taken any meaningful steps towards the purpose, and even slapped new sanctions against the Islamic Republic.