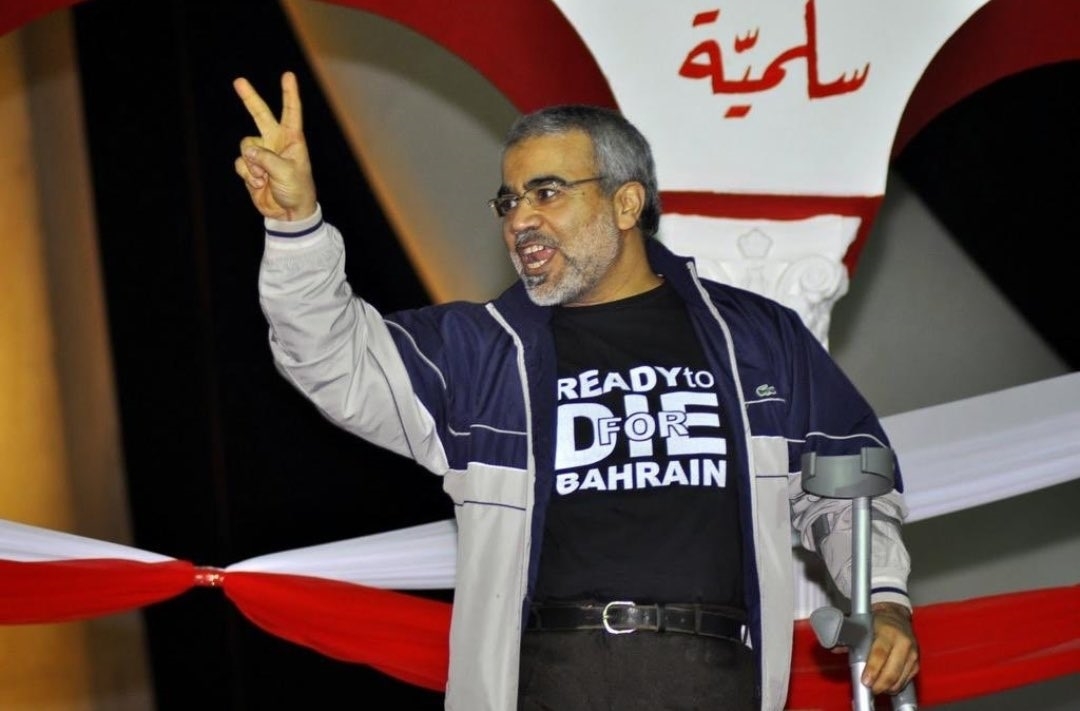 Bahrainis took the streets of Sanabis village calling for the immediate release of political detainees in the prisons of the Bahraini regime and in solidarity with Dr Abduljalil al-Singace, a Bahraini academic who has been on hunger strike for the 144th day in a row.

The participants in the sit-ins carried banners expressing support for prisoners and calling for the immediate release of prisoners of conscience.

Abduljalil Abdulla al-Singace, a Bahraini academic, blogger and human rights defender, is protesting against ill treatment he receives at Jaw Prison and demand the return of a book he wrote in prison which was confiscated by prison authorities.

Dr al-Singace is serving a life sentence at Bahrain’s notorious Jau Prison over his role in Bahrain’s pro-democracy uprising during the 2011 Arab Spring.

Dr al-Singace has several chronic illnesses, including post-polio syndrome and a musculoskeletal condition, requiring the use of crutches or a wheelchair, making his hunger strike particularly detrimental to his health.

Since starting his hunger strike, he has lost at least 10kg and been transferred to an external hospital for monitoring. During his time in prison, he has repeatedly complained of medical negligence by prison authorities, a common form of punishment against political prisoners in Bahrain.