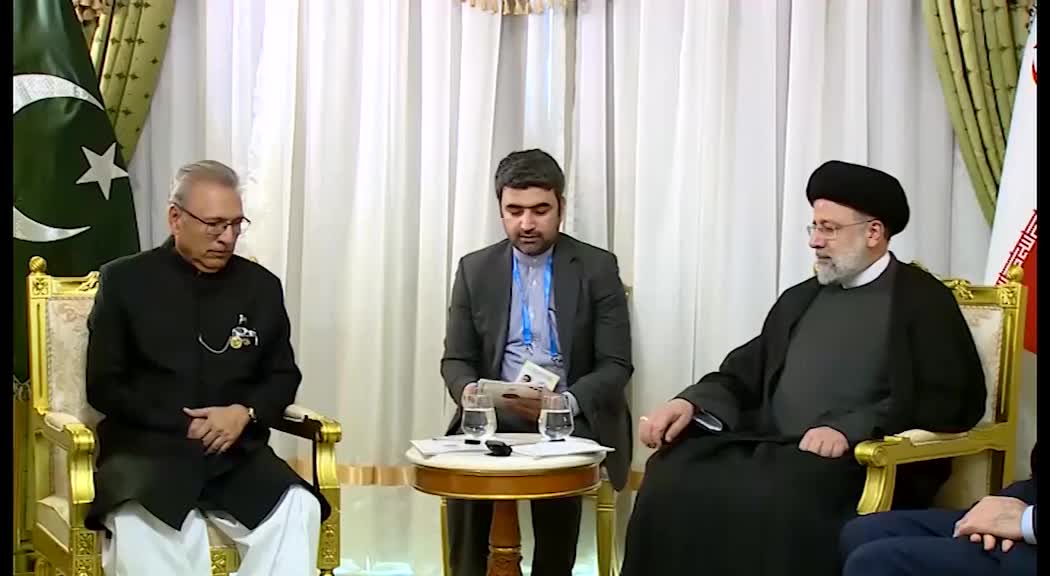 The Presidents of Iran and Pakistan stressed the need to develop and enhance relations and coordination between the two countries in bilateral and regional arenas.

Speaking on Sunday in a meeting with Pakistani President Arif Alvi during his visit to Turkmenistan, Ebrahim Raisi referred to the common grounds and vast capacities for the development of Tehran-Islamabad cooperation.

“The two countries not only enjoy neighbourly relations, but also have historical and cultural bonds, and the use of these capacities can contribute to the development of relations is in the interest of the two nations and the progress and development of the region.”

The President of Iran stated that the Islamic Republic of Iran is determined to develop and deepen comprehensive relations with Pakistan, saying, “We consider the relations and cooperation between the two countries inadequate given the potentials, and we are determined to activate these potentials.”

Referring to the areas and capacities of Tehran-Islamabad cooperation in the development of border markets, transit, transportation, energy, and tourism, Ayatollah Raisi said “The Islamic Republic of Iran has no restrictions on the development of relations with Pakistan.”

The President further stressed the need to support the oppressed nations, especially the people of Afghanistan, adding “Twenty years of foreign presence in Afghanistan has not only not solved Afghanistan’s problems, but has resulted in nothing but oppression, killing, looting and insecurity.”

Raisi further noted “The Islamic Republic of Iran supports the formation of an inclusive government in Afghanistan that represents all Afghan people, ethnic groups and political groups, and we are ready to cooperate with Pakistan in this regard.”

Stressing the need for humanitarian assistance to the Afghan people, the President said “We consider the presence of about 4 million Afghan refugees in Iran to be the result of American oppression of these oppressed people, and despite the problems and restrictions, we have welcomed them like Iranians.”

“ISIL is made by the Americans and they are using it to create insecurity in Afghanistan and the region, so we must stand against it.”

During the meeting, Pakistani President Arif Alvi said that Pakistan seeks to develop economic and trade relations with Iran, adding, “Islamabad attaches importance to increasing the level of relations and cooperation with the Islamic Republic of Iran.”

Alvi further pointed out the importance of border markets in expanding trade between the two countries, adding “The minister of commerce of the government of Pakistan has travelled to these areas for the prosperity of these markets, and we are ready to work with Iran to increase the value of trade between Iran and Pakistan.”

He also said “Pakistan, like the Islamic Republic of Iran, wants the formation of an inclusive government in Afghanistan, and we consider cooperation necessary to establish peace in this country.”