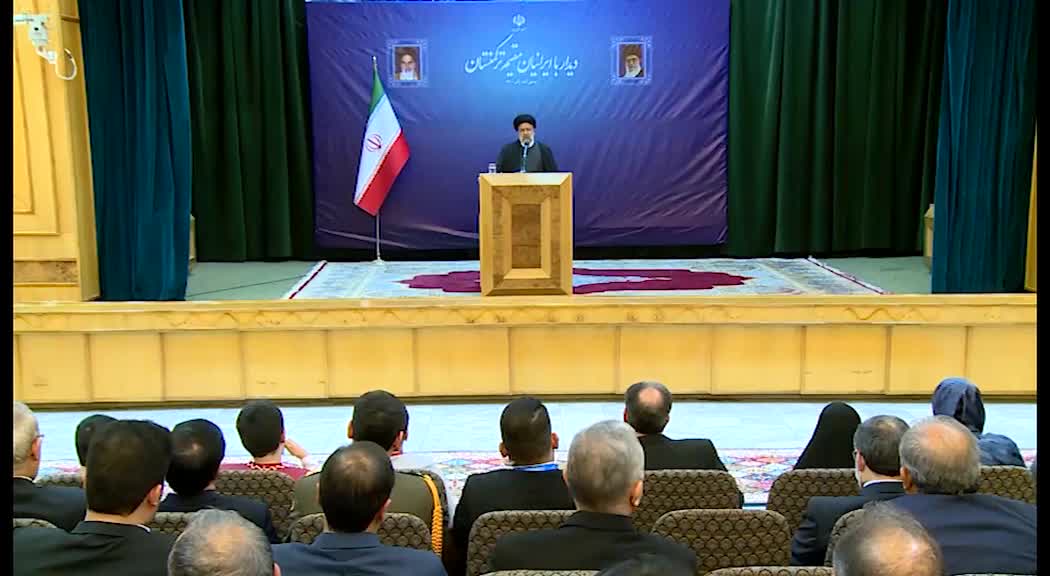 Iranian President Ebrahim Raisi stressed that Iran and Turkmenistan enjoy many capacities, particularly in oil and gas areas, to shore up their ties.

Meeting with the Iranian nationals living in Turkmenistan on Saturday, Raisi said the neighboring countries and the region were interested in Iranian services and products and trusted them.

“It is easy to double the share of our country’s exports in the economic market of the region to about 40 to 50 billion dollars, and all capacities must be used to achieve this goal.”

Raisi arrived in Republic of Turkmenistan’s capital city of Ashgabat on Saturday night and was officially received by his counterpart and a number of Turkmenistan government’s high-ranking officials at the airport.

Raisi addressed the ECO Summit Meeting during which he elaborated on Iran’s stands and presented the Islamic Republic of Iran’s proposals on strengthening ECO’s regional and international relations, and further expansion of economic transactions among member states.