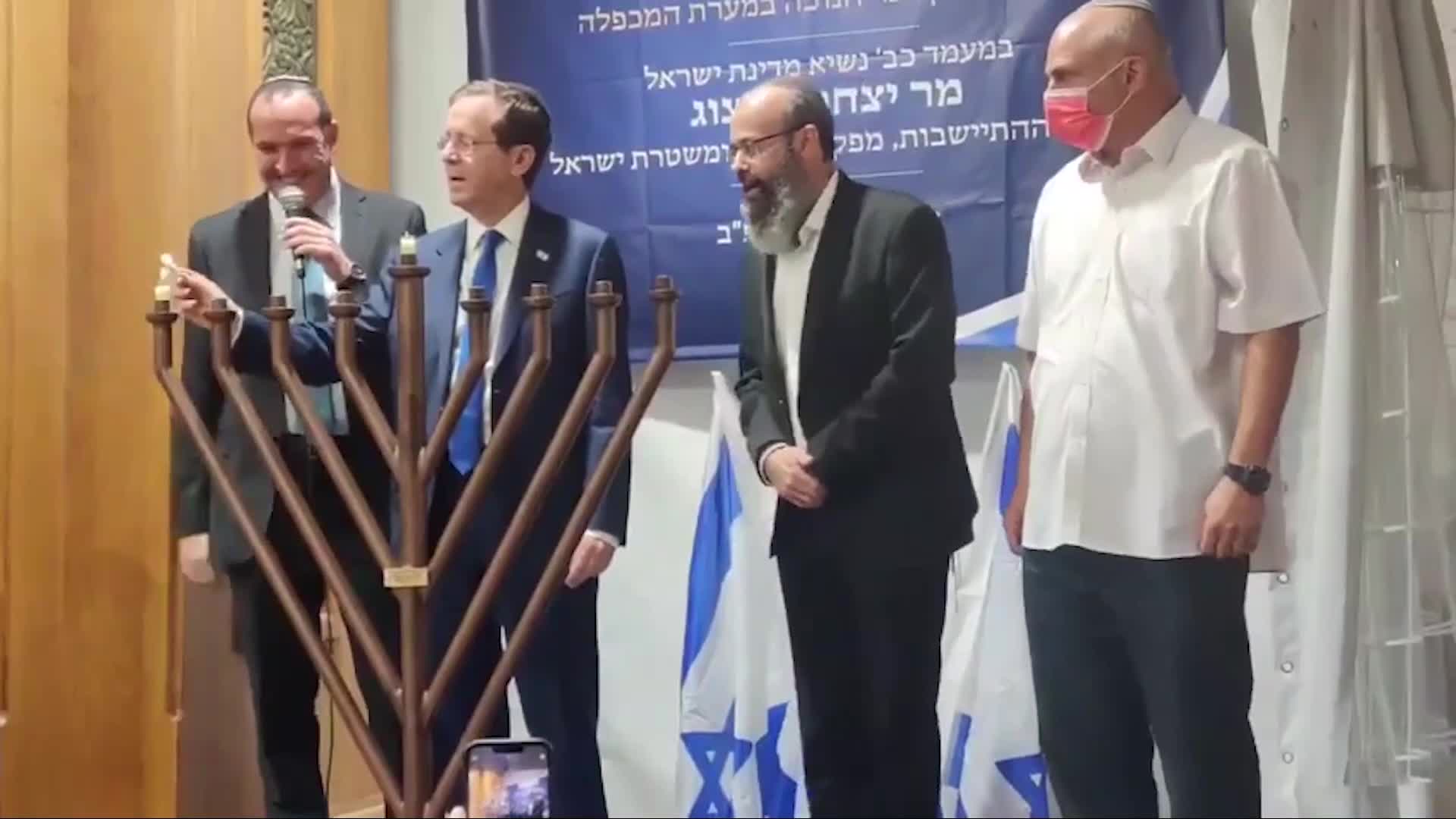 Israeli President Isaac Herzog stormed Sunday the Ibrahimi Mosque in the southern occupied West Bank city of Hebron amidst strict military measures where he lit the first candle of the Jewish Hanukkah holiday accompanied by settler leaders and Knesset members.

The step was recognized as an explicit and clear declaration of his sponsorship of the settlers’ plans and support for their crimes against the Palestinian people.

Israeli forces closed the mosque gates and prevented Palestinian residents who gathered to condemn the visit from praying or being near its surroundings, and assaulted them, leading to clashes.

Israeli forces further forced the shop owners to close their shops, hindered the work of the press crews, and assaulted a number of them in an attempt to prevent them from covering the intrusion.