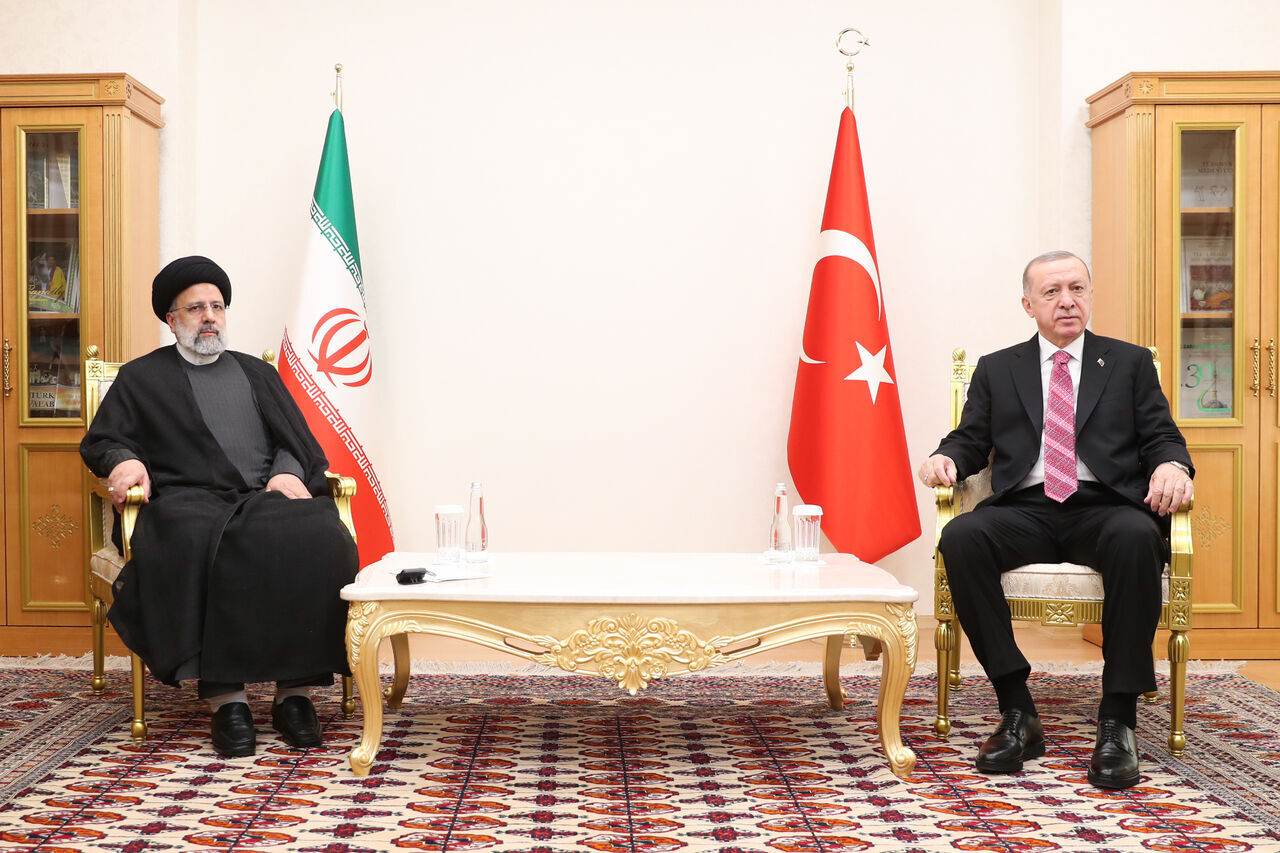 The presidents of Iran and Turkey met in Ashgabat and weighed plans for concerted action by the two neighbors against terrorist groups that threaten regional security, such as the Daesh and the PKK.

In a meeting with his Turkish counterpart Recep Tayyip Erdogan, held on the sidelines of the ECO summit in Ashgabat on Sunday, Iranian President Ebrahim Raisi voiced concern about the aggravation of insecurity in Afghanistan following the presence of Daesh terrorists in that country.

He further pointed to the wide and diverse areas of cooperation between Iran and Turkey in various sectors, including energy, banking and monetary issues, as well as trade and commercial exchanges, adding “We should facilitate the development of economic relations, and in this regard, preferential tariffs can be reviewed.”

“Iran and Turkey can bring economic and political relations closer to the strategic level by improving the current level of trade and exchanges,” Raisi stated.

Highlighting the close cooperation among Iran, the Republic of Azerbaijan and Turkey, he said “The three countries have many cultural, religious and ideological commonalities, and these relations should not be allowed to be disrupted, but should be as close as possible to disappoint our common enemies.”

Reiterating Iran’s support for the formation of an inclusive government in Afghanistan, Raisi said “We believe that all groups and ethnicities of the Afghan people should have a role and participate in the future of Afghanistan.”

“The problems of the region must be resolved by the countries of the region, and the presence and intervention of outsiders will not only not help solve the problems, but will complicate the situation.”

Raisi also stressed the importance of stability, peace and respect for the territorial integrity of Iraq, noting “The Islamic Republic of Iran supports and emphasizes the establishment of a strong government accepted by the Iraqi people.”

For his part, Erdogan said Turkey considers it necessary to develop and strengthen bilateral and regional cooperation with the Islamic Republic of Iran.

“We can make a leap in the relations between the two countries, especially in the economic sectors,” he said.

“The White House is training and arming all terrorist groups in the region, including Daesh and the PKK, providing them with terrorist equipment and tools to create insecurity,” the Turkish leader deplored.