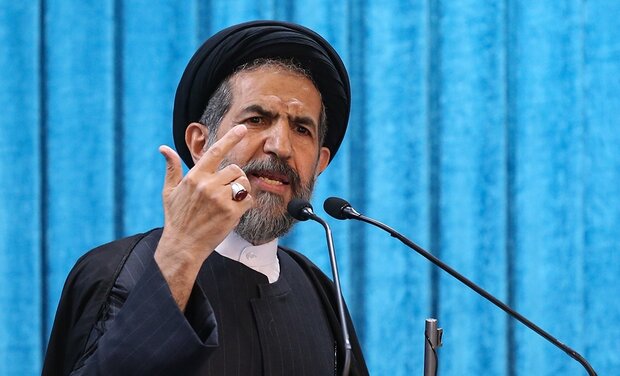 Tehran’s Provisional Friday Prayers leader Sayed Mohammad Hassan Aboutorabi-Fard said that Holy Quran, the Holy Prophet and Imams and other religious texts have all called for the formation of an Islamic government.

The Tehran Friday Prayers were held for the second week today at the University of Tehran after the 20-month halt due to the Covid-19 restrictions.

This week’s prayers were led by Sayed Mohammad Hassan Aboutorabi-Fard who focused his speech on the necessity of formation of Islamic government in Muslim nations and having a Muslim ruler.

The senior cleric said that all the prophets took steps towards state-building and the formation of a political system.

“Without a rational political system, it is not possible to achieve the goals of the prophets,” he added.

The Tehran Friday Prayers interim leader further pointed to the issues such as the government’s plan to re-open schools across the country in a matter pf few weeks, and stressed the need for observing health operating standards at schools.

He also called on the government and the education ministry to provide the best education to the students.

Meanwhile, Aboutorabi-Fard stressed the need to help the needy people and urged the government to spare no efforts to eradicate poverty.

He concluded his remarks by calling on the managers and government officials to act in accordance with the constitution and also urged for stepped-up cooperation between the parliament and the new administration.

Leader of Friday Prayers: US dreams of looting never to be realized