Iranian Diplomat: New round of talks in Vienna to be held with the aim of lifting illegal, cruel US sanctions 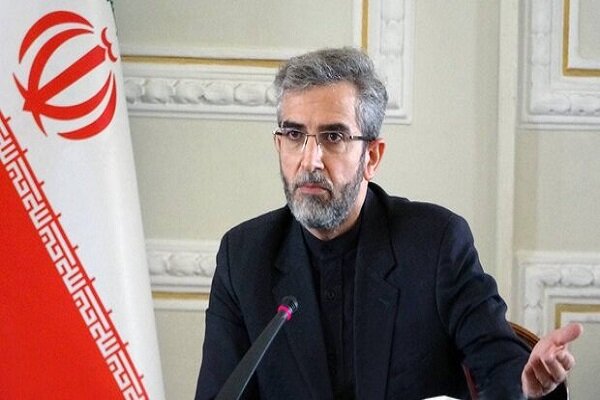 Iranian Deputy Foreign Minister for political affairs Ali Bagheri Kani said the new round of talks will be held merely with the aim of lifting illegal and cruel US sanctions, hailing support made by Russia and China for result-oriented negotiations on revival of the 2015 nuclear deal.

The Iranian deputy foreign minister arrived in Moscow Thursday night to hold talks with his Russian counterpart Sergei Ryabkov, on new round of talks in Vienna, Austria, to pave the way for lifting cruel sanctions imposed by the United States on Iran.

Upon his arrival, the Iranian diplomat said that in accordance with a recent agreement between Iran and the P4+1 group of countries (Britain, France, Russia, China plus Germany), Iranian representatives are scheduled to hold joint meetings with each of the four states; so, the first joint session will be held between Russia and Iran.

Bagheri Kani pointed out to his meetings with Enrique Mora Benavente, High Representative for the Common Foreign and Security Policy of the European Union, both in Tehran and Brussels, Belgium, and they have reached consensus that Iran’s considerations should be respected in the next round of negotiations to pave the ground for resumption of compliance with the 2015 nuclear deal also known as the Joint Comprehensive Plan of Action (JCPOA).

Baqeri Kani has unveiled plans for restarting negotiations on the revival of the 2015 nuclear deal before the end of November.

He announced the development in a tweet following talks with Enrique Mora, the European Union’s deputy foreign policy chief, in Brussels on Wednesday.

The Iranian diplomat said he “had a very serious & constructive dialogue with Enrique Mora on the essential elements for successful negotiations.”

“We agree to start negotiations before the end of November. Exact date would be announced in the course of the next week,” the Iranian diplomat added.