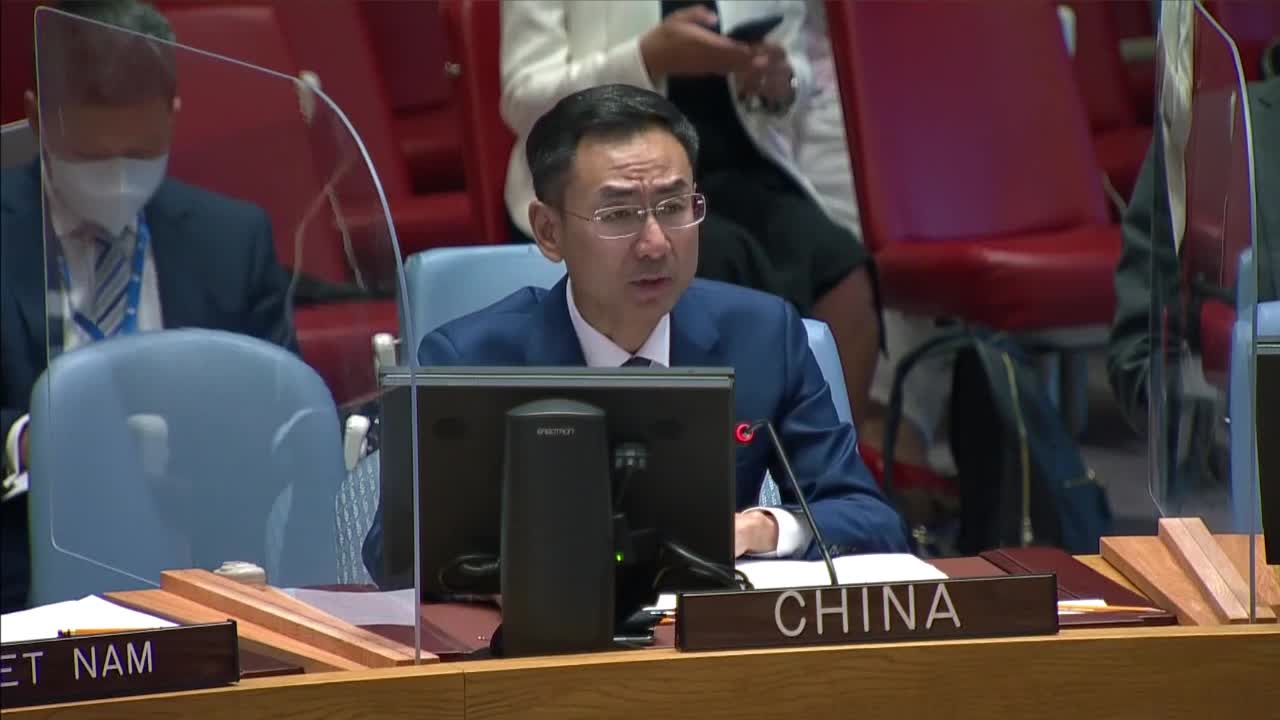 Chinese envoy on Tuesday called on Syrian parties and the international community to create favorable conditions for progress in Syria’s political process.

An early end to the 10-year-old Syrian crisis is the shared aspirations of the international community and the Syrian people. The ongoing violence, terrorism, and suffering of the people highlight the necessity and urgency of a political solution, Geng Shuang, China’s deputy permanent representative to the United Nations said.

China supports the full implementation of Security Council Resolution 2254 and the advancement of a Syrian-led and Syrian-owned political process, he told the Security Council.

UN Special Envoy Geir Pedersen announced the good news that the sixth session of the Constitutional Committee will be convened soon. China hopes the session will start as scheduled and produce positive results while staying independent and free from external interference, said Geng.

However, he cautioned that the Syrian political process cannot operate in a vacuum.

“If there is a serious lack of mutual trust among parties, it is hard for the Constitutional Committee to make any substantive progress. If schemes for regime change still exist, the work by Special Envoy Pedersen is bound to be difficult,” he said.

China calls on the Syrian parties to actively cooperate with the special envoy in his work, strive to narrow differences and build consensus through dialogue and consultation. At the same time, the international community should create favorable conditions for the political process, he said.

“Only by fully respecting the sovereignty and territorial integrity of the country and the right of its people to choose independently the political system and development path can there be the possibility and hope for a successful political settlement.”

Terrorism is the common menace facing humanity. Counter-terrorism can serve as the starting point for parties to carry out cooperation and build mutual trust on the Syrian issue. All parties should support the Syrian government in combating terrorist organizations listed by the Security Council, avoid double standards and political manipulation, Geng said.