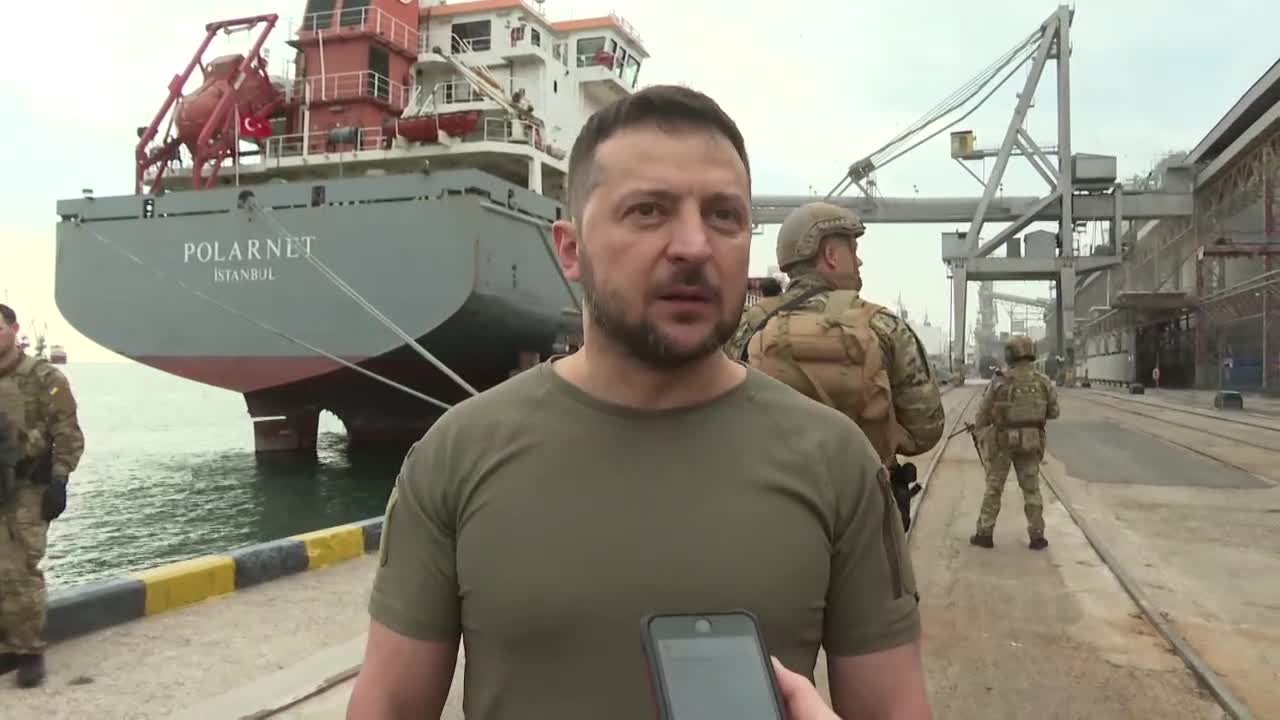 Ukrainian President Vladimir Zelensky visited the Chernomorsk port in the Odessa Region on Friday and familiarized himself with the loading of Ukrainian grain for export, the press service of the presidential office reported.

According to Zelensky, the process will begin with several ships that were loaded, but could not leave the port because of hostilities. Along with Zelensky, the ambassadors of the United States, Great Britain, Italy, Canada, Germany, as well as representatives of the EU and the UN visited the port. The Ukrainian president discussed grain supplies and international support with them.

A package of documents geared towards resolving the issue of food and fertilizer supplies on global markets was signed on July 22 in Istanbul. Under the Russia-UN memorandum, the United Nations undertakes to work toward lifting anti-Russian restrictions hampering the exports of agricultural products and fertilizers. Another document envisages a mechanism of exporting grain from Ukraine-controlled Black Sea ports.

An agreement between Russia, Turkey, Ukraine and the United Nations provides for the establishment of a four-party coordination center to search ships carrying grain in order to prevent weapons smuggling and avoid any false flag.