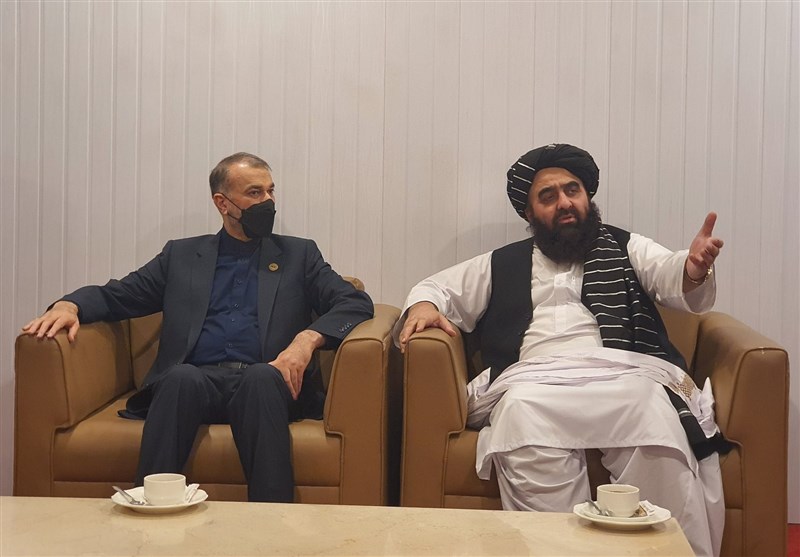 Iranian Foreign Minister Hossein Amirabdollahian called on the Taliban to allow Iran to have its share of water from the Hirmand River, warning that the failure to resolve the issue immediately and seriously will adversely affect cooperation between the two neighbors in the other fields.

In a telephone conversation with the acting head of Afghanistan’s Foreign Ministry Amir Khan Muttaqi on Thursday, Amirabdollahian called on the Taliban government to remove “artificial barriers” to the realization of Iran’s water rights.

Amirabdollahian said a ranking delegation from Iran’s Ministry of Energy were to travel to Afghanistan to work towards the removal of obstacles and discuss Iran’s water right from the Hirmand River.

Iran and Afghanistan have been locked in the protracted dispute for decades. The two sides signed a water-sharing accord in 1973, under which Afghanistan pledged to deliver an average of 820 million cubic meters of water per annum to Iran.

The Islamic Republic has repeatedly criticized Afghanistan for failing to honor the agreement.

The president instructed the country’s foreign and energy ministers to take up the matter as a priority, asserting that “a popular government would, under no pretexts, back down from pursuing the nation’s rights”.

Adding to his remarks, Amirabdollahian said Kabul’s allowing Tehran to exercise its water right in the dispute served as an “important barometer” of the Afghan governing body’s commitment to its international obligations towards the Islamic Republic.

He pointed to the southeastern Iranian province of Sistan and Baluchestan’s dependence on Hirmand’s water, saying if the issue was not “expeditiously and seriously” resolved, it would have an adverse effect on the other areas of cooperation between the countries.

The Afghan official, for his part, described the countries’ relations as “brotherly and aimed at helping the Afghan nation”.

“We are committed to allowing Iran to exercise its water right,” he added, proposing formation of a joint technical and operational team that could restore the water’s direction towards the Iranian territory.