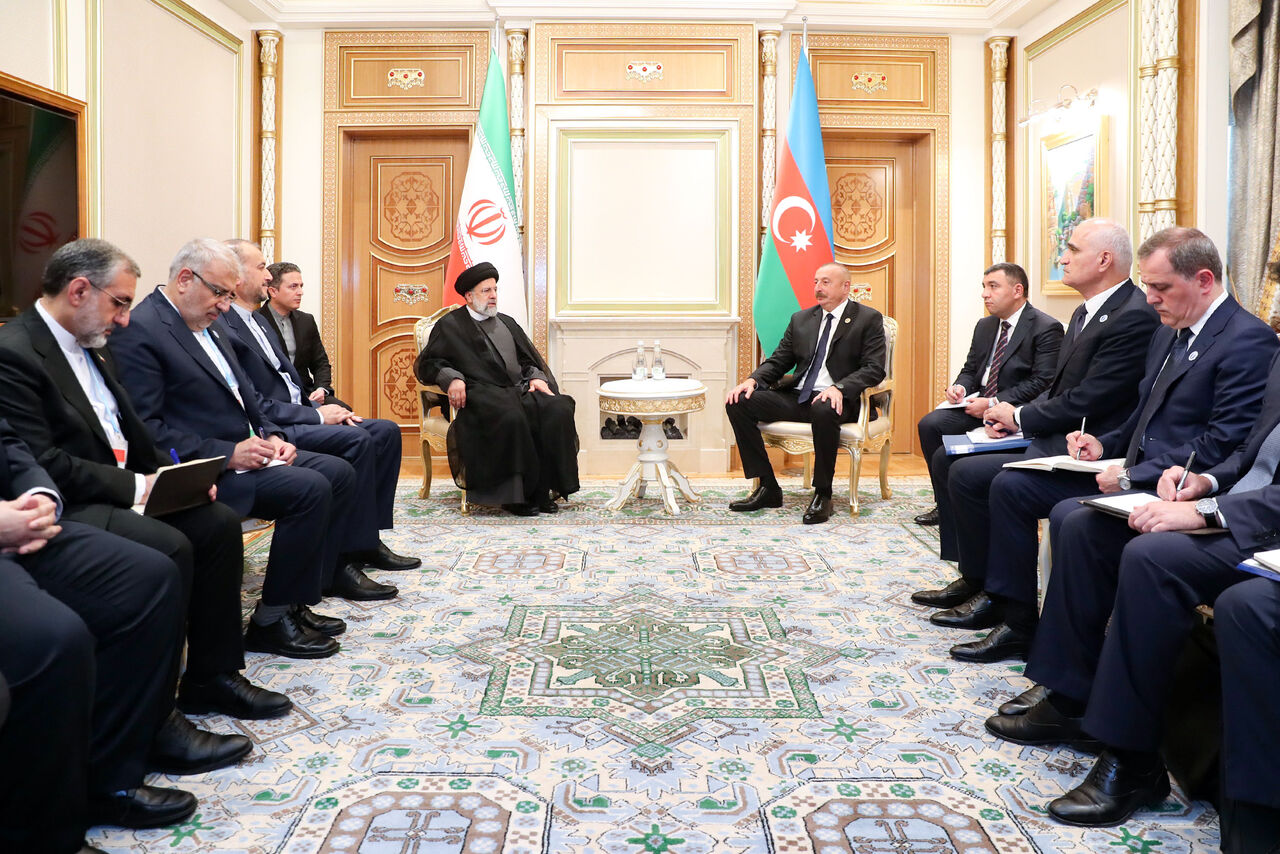 Iran’s President Ebrahim Raisi on Wednesday said that the presence of the Zionist regime in the region creates tensions and does not serve the regional security.

Raisi made his remarks at a meeting with his Azerbaijani counterpart Ilham Aliyev in Turkmenistan’s capital Ashgabat, on the sidelines of the heads of states summit of the Caspian Sea Littoral States.

The Iranian president stressed that the regional security is established only through cooperation among regional countries as well as the Caspian Sea nations.

Raisi referred to the Wednesday summit in Ashgabat and said that one of the key advantages of holding regional gatherings is that they pave the way for holding bilateral meetings between officials of the participating countries and thus enhance mutual understanding among them.

The Iranian president noted that Tehran and Baku have the capacity to further expand their ties in political, economic, and trade, as well as cultural fields.

He added that since Iran has high-level capabilities in engineering and technical fields, as well as transit and transport, these areas could serve as grounds for further cooperation between the two sides.

Aliyev referred to his last meeting with Raisi, which took place on the sidelines of the 15th Summit of the Economic Cooperation Organization in Ashgabat in November 2021.

He said, since that meeting, the development of ties between Iran and Azerbaijan has been accelerated and expressed hope that the Wednesday meeting helps further expand mutual cooperation too.