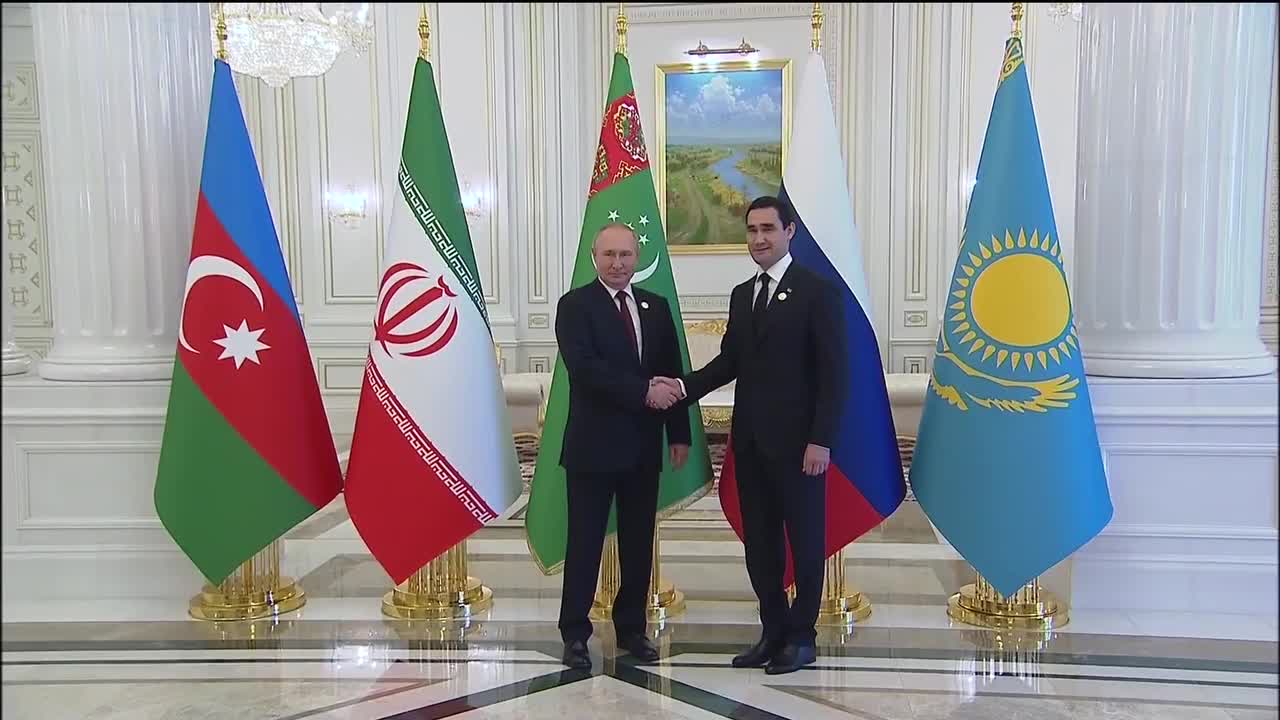 Russian President Vladimir Putin met with his Turkmen counterpart Serdar Berdimuhamedov on Wednesday during his visit to Turkmenistan; the two presidents had a short talk before the start of the sixth Caspian Summit.

This is the second meeting of the two presidents recently. On June 10, Berdimuhamedov visited Moscow, it was his first official visit as Turkmen president. During the talks in the Kremlin, the leaders discussed the condition and prospects of relations between Moscow and Ashgabat.

The meeting resulted in a declaration on the deepening of strategic partnership between the two countries. It aims to strengthen cooperation in the political, trade and economic, cultural and humanitarian spheres, as well as in security and environmental protection.

A package of joint documents on cooperation in agriculture and trade, banking, information, transport and interregional cooperation was also signed during the visit.