Zelensky Urges UN to Expel Russia of its Powers 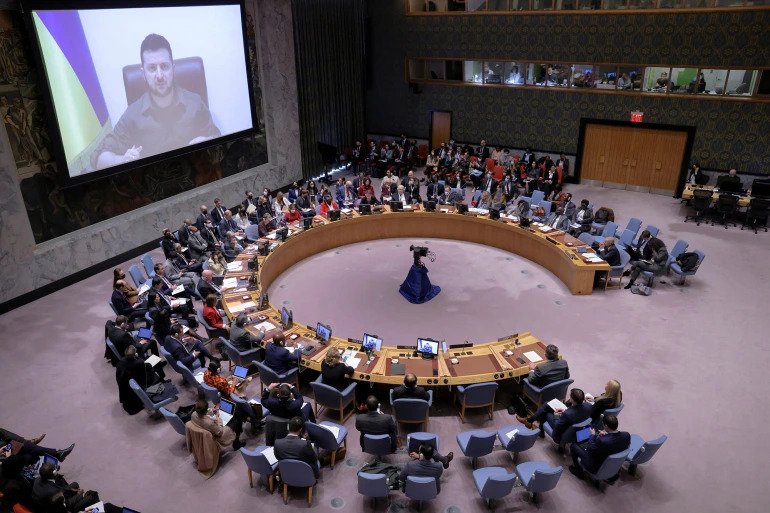 Ukrainian President Volodymyr Zelensky urged the United Nations to deprive the Russian Federation of its powers in the UN General Assembly and the UN Security Council as a “terrorist state”.

Addressing the UN Security Council meeting in New York, Zelensky said “I urge you to deprive the delegation of the terrorist state of its powers in the UN General Assembly, and it is possible.”

He continued “Russia has no right to stay in the UN Security Council. And this path is not too thorny, as it may seem to some, if you show consistency and proper political will.”

According to the President of Ukraine, the UN has enough powers to bring the “terrorist state” to justice. “The word ‘genocide’ has been heard many times,” Zelensky added.