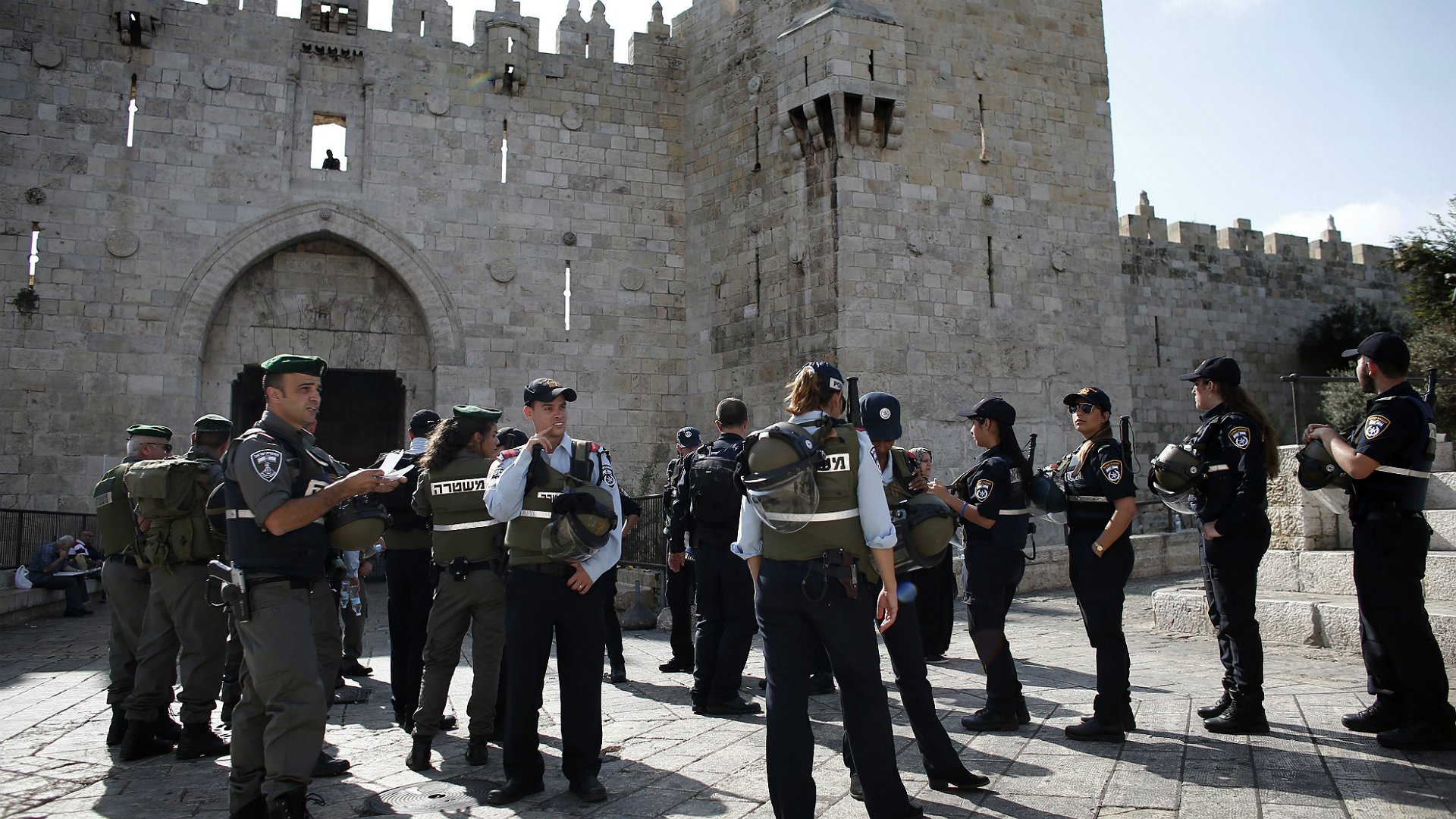 Israeli police arrested a Palestinian young man at the Aqsa Mosque and took him to a nearby police station on Tuesday evening.

The Israeli forces claimed that the detainee tried to stab an Israeli soldier in the Bab al-Sahira area.

However, eyewitnesses affirmed that the young man has beaten the soldier after preventing his access into the Mosque.

Following the incident, Palestinian worshipers’ access to the Aqsa was denied for about an hour, while the Mosque guards and several youths were attacked.

Meanwhile, dozens of Jewish settlers organized a Judaization march in the Old City of Occupied Jerusalem.

Israeli police set up a checkpoint at the Bab al-Asbat area and closed the main street in the area to secure the settlers’ monthly march.