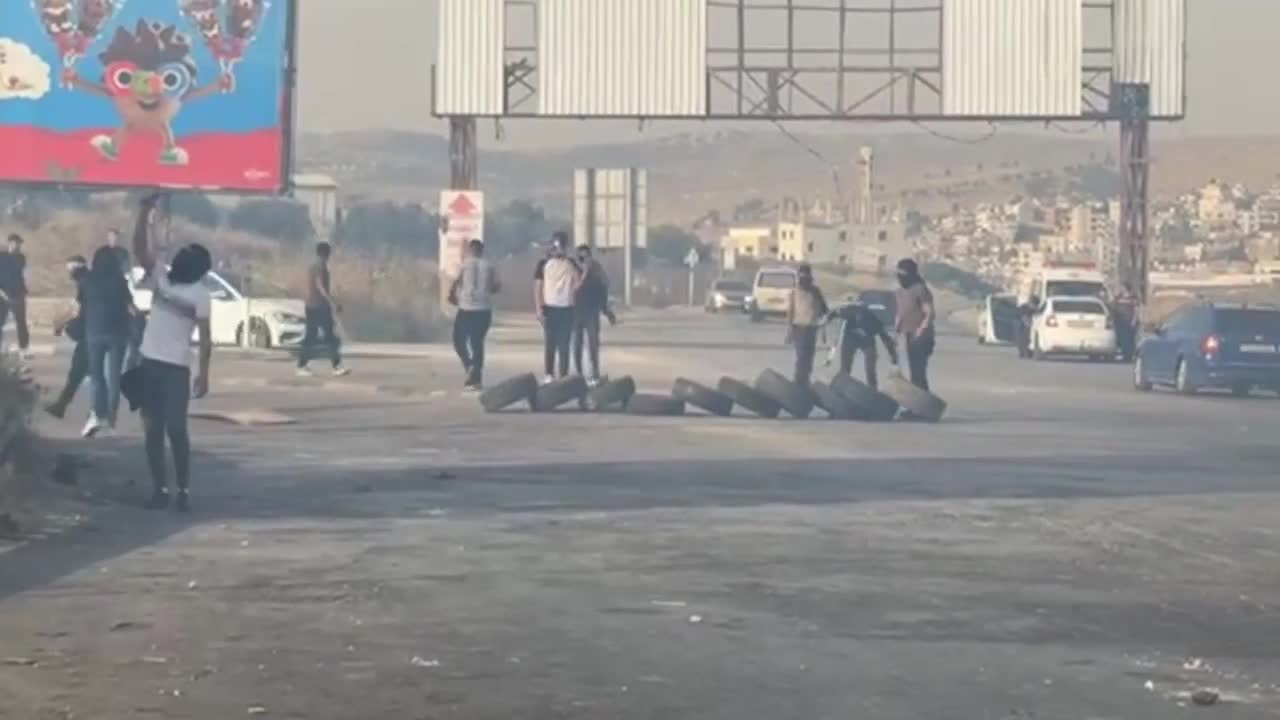 Dozens of Palestinians were injured on Sunday due to clashes with Israeli forces at the Huwwara checkpoint, south of Nablus in the occupied West Bank.

Resistance fighters of al-Quds Brigade opened fire at Israeli forces near the Huwwara checkpoint in Nablus.

The Nablus Brigade said in a statement “Our mujahideen managed to target the Huwwara checkpoint in Nablus with a heavy barrage of bullets in response to the Flag March and they were able to withdrew safely.”

Clashes also broke out between Palestinian youths and Israeli forces in several areas around the city of Nablus.

Palestinian sources reported clashes near the Huwwara military checkpoint and the town of Beita, south of Nablus, before the start of a Palestinian march during which Israeli forces fired bullets, tear gas and sound bombs, causing dozens of suffocation.

Other confrontations also erupted in the north in the towns of Burqa and Bazzariya where Israeli forces fired tear gas and sound bombs at citizens and their homes. As a result, dozens of people suffocated.

The Palestinian Red Crescent Society affirmed that 52 injuries were reported in confrontations with Israeli forces in the Nablus governorate, noting that “a person was wounded in Deir Sharaf with live bullets in the leg and he was transferred to Rafidia Hospital, and 23 cases of gas suffocation were reported.”

The Red Crescent Society said that two people were injured by rubber-coated metal bullets in Beita, while 9 others suffered from gas suffocation.

At the Huwwara checkpoint, two people were injured by rubber, another one suffered from burns and 14 people suffocated with gas, the Red Crescent said.