Israeli Forces Arrest Palestinians in Jerusalem Ahead of the ‘Flag March’ 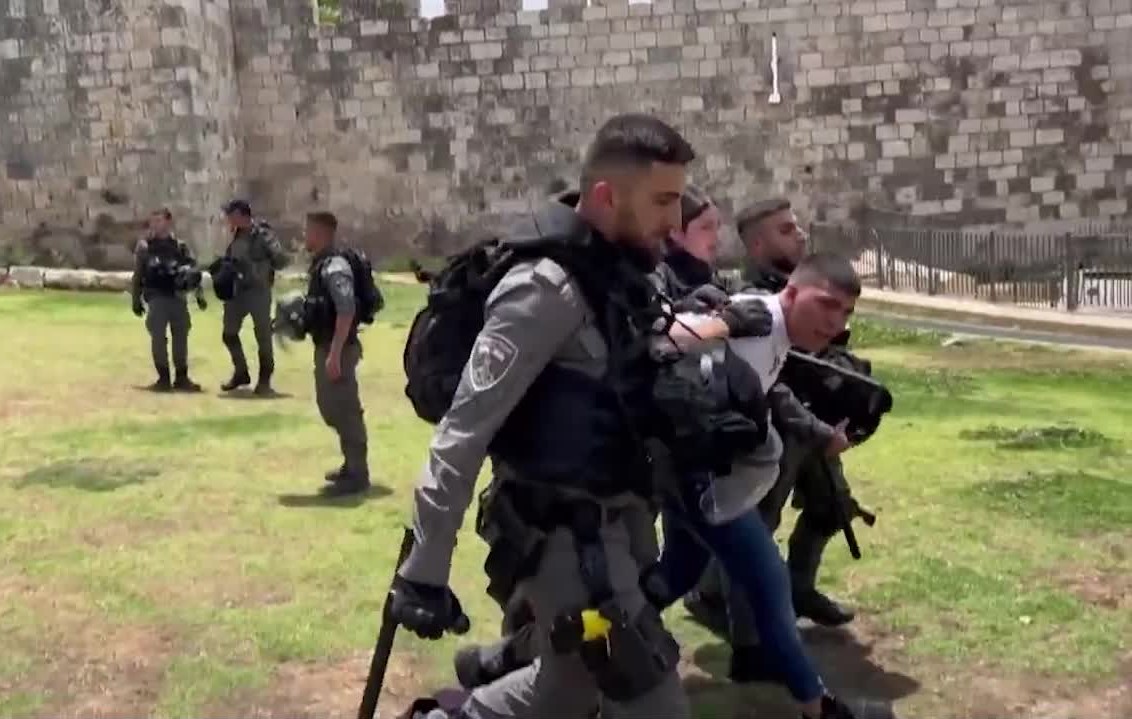 Israeli police arrested today, Sunday, 22 Palestinians from inside and around theAqsa Mosque in occupied Jerusalem, ahead of the Israeli s-called ‘Flag March’.

At least 24 Palestinians were injured in attacks by the Israeli occupation forces and settlers in the occupied city of Jerusalem during the provocative march.

The Palestinian Red Crescent Society in Jerusalem reported that its crews dealt with at least 24 cases, including injuries from being shot by rubber-coated metal bullets, beatings, and pepper spray.

Eight cases were transferred to hospitals, it said.

The Red Crescent added that the occupation police beat their crews in the vicinity of Bab al-Amoud, while they were trying to reach one of the injured, pointing out it had opened a field hospital in the ambulance center in al-Sawwana neighborhood.

Earlier in the morning, Israeli police and Jewish settlers assaulted Palestinian citizens in the Old City of Jerusalem.

According to the Red Crescent, three Palestinians were injured after settlers assaulted them in the Old City.

Two Palestinian girls were also brutalized by police officers in the Old City.

Other citizens were reportedly assaulted by police officers in different areas of the Old City, especially in Bab al-Amud, and a number of them were also arrested.