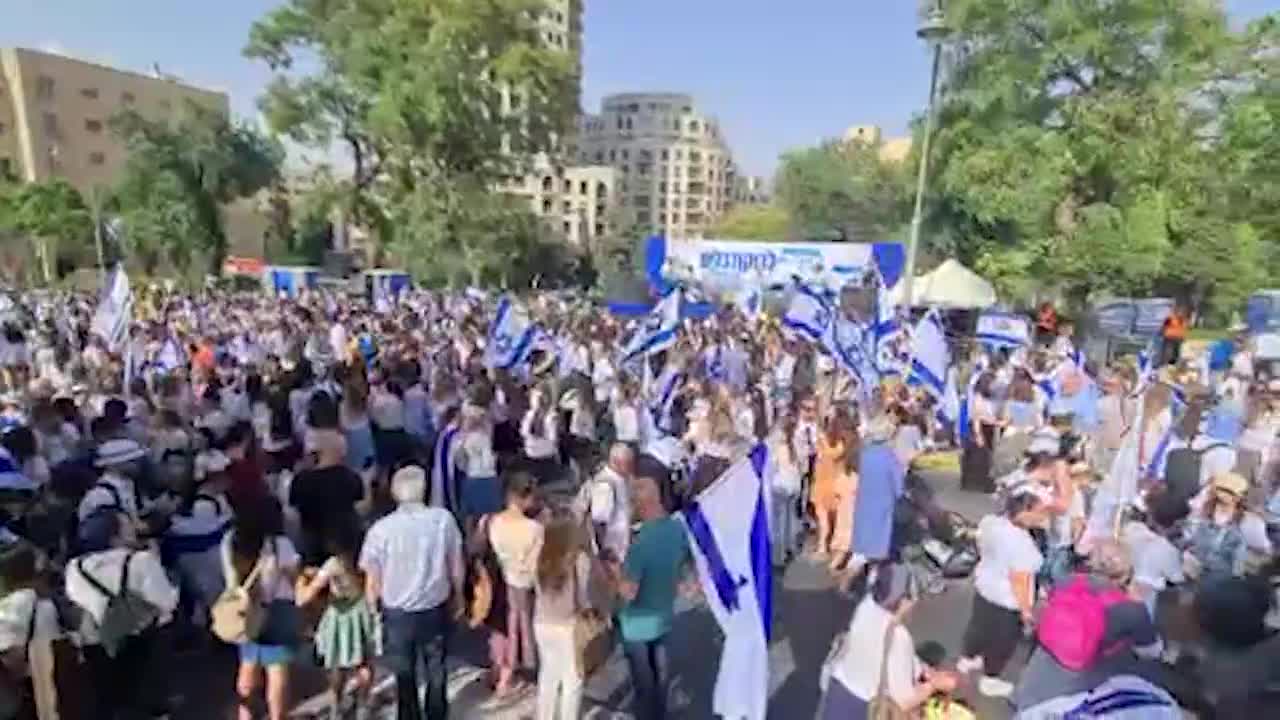 Thousands of settlers arrived at the Bab al-Amoud area in occupied Jerusalem where they performed provocative “dances” as part of the so-called Flag March which started a short time ago.

The settlers shouted profanities at Palestinians and verbally assaulted some of them under police protection.

During the march, settlers reportedly assaulted and beat up Palestinians, causing them minor injuries. Some of the injured was taken to hospital for treatment.

Earlier today, Israeli settlers held a provocative dance and waved Israeli flags as they crossed the Damascus Gate and marched through the main thoroughfare in Jerusalem’s Old City all the way to the Western Wall.

The so-called ‘Flag March’ is expected to draw thousands of Israeli Jewish settlers marking the anniversary of Israel’s occupation and annexation of East Jerusalem.

It also comes a few hours after hundreds of flag-waving Jewish settlers led by MK Itamar Ben-Gvir were allowed into the Aqsa Mosque compound in the morning hours of on Sunday.