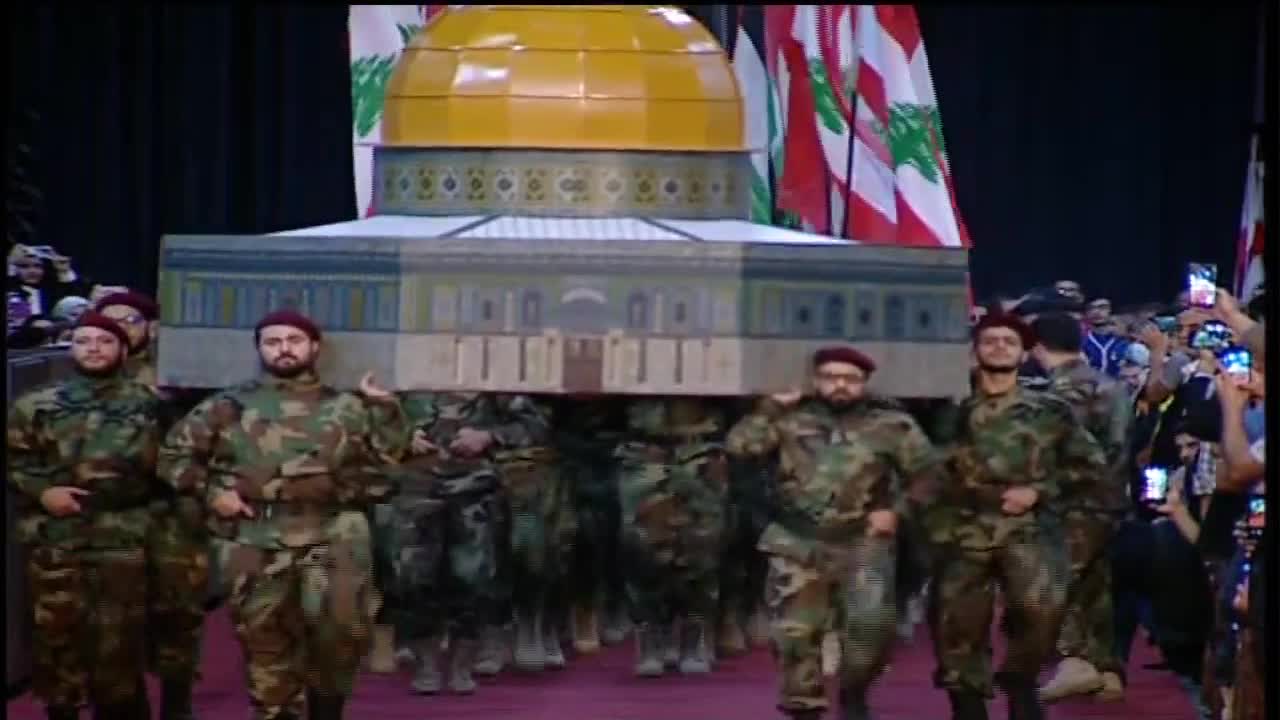 Lebanon’s Hezbollah marked the Quds International Day in a celebration held on Friday at the Sayyid Al-Shuhada compound in Beirut’s Suburbs.

A symbolic military parade was held in the compound in which the participants carried banners of the resistance and the flag of Palestine.They also stressed the importance of preparing for a global war that would overthrow the leaders of the Israeli entity and return Jerusalem to its people.

The participants affirmed their support for the Palestinian people in their struggle against the Zionist enemy and greeted those stationed in Al-Aqsa Mosque in defense of the sanctities and in defense of the nation.

They then hailed the steadfastness of prisoners in Israeli jails despite brutal Israeli practices and expressed their support for them especially the hunger strikers and the administrative detainees.