Sayed Nasrallah: Resistance to respond to any Israeli idiocy in a flash 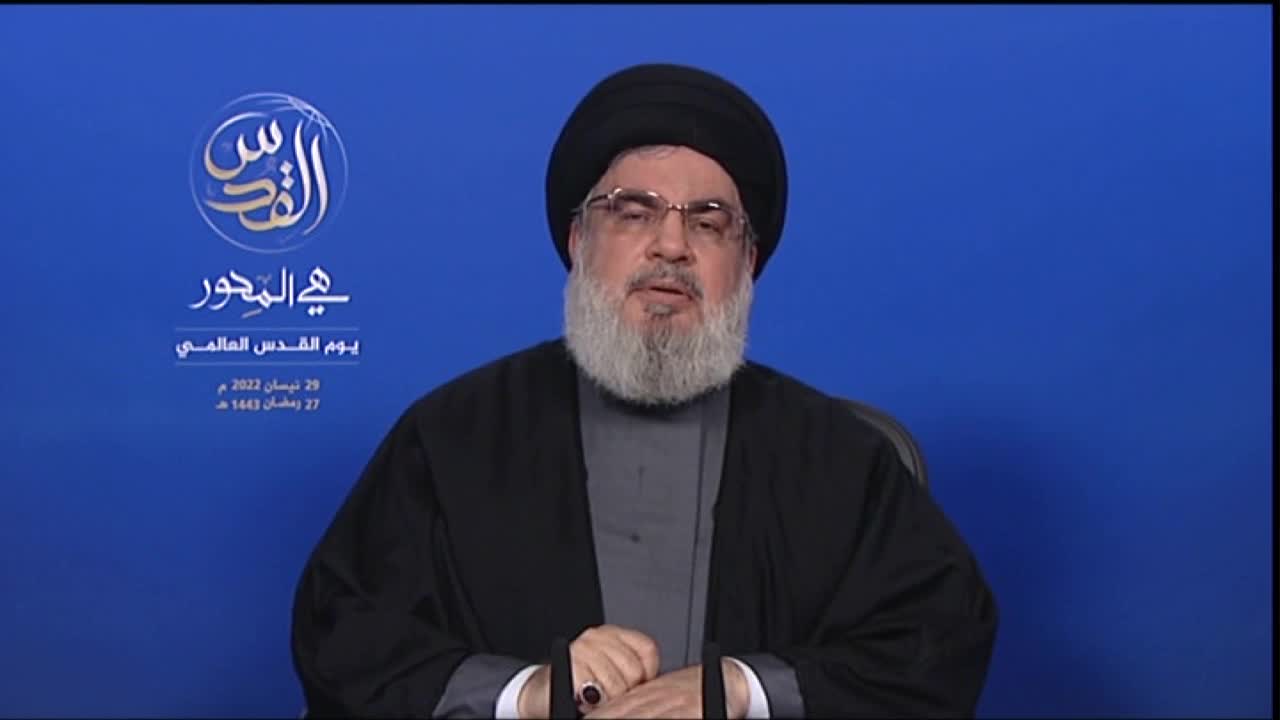 Speaking in a ceremony in Beirut’s southern suburb to mark the International Al-Quds Day on Friday, Sayed Nasrallah saluted dozens of thousands of Palestinians who performed prayers in the last Friday of Ramadan month.

He also saluted Palestinians barricaded in Al-Aqsa to defend the holy site against Israeli attempts to desecrate it.

Hezbollah chief also saluted masses who took to the streets in cities across the world to mark International Quds Day.

The Israeli regime has been seeking to take Palestine off the nations’ top priorities, he added, saying that the schemes aimed at making Muslims forget Palestine have failed.

The Hezbollah leader noted that the Zionists’ scheme to despair Palestinians has failed, adding that all forms of enemies’ pressures aimed at exhausting the Resistance groups and the people of this region have been futile.

“Sufferings of our people due to the enemies’ pressures are part of this nation’s Jihad,” he said. “Palestine and Al-Quds are part of our religion, ideology and dignity.”

International Quds Day comes this year as the resistance against occupation is making head, he said, adding that individual operations carried out by Palestinians against Israeli occupation in the latest weeks are game-changing acts of resistance.

The Hezbollah leader further highlighted unwavering relation between Palestine and the Axis of Resistance.

Sayed Nasrallah called upon Arab states to deliver a message to the enemy that reads; Demise of Al-Quds means demise of ‘Israel’.

All forms of the normalization of ties with Zionist entity must be rejected and confronted by all means, he said.

Referring to the normalization of relations of some Arab countries with the Zionist regime, Sayed Nasrallah added that Iran informed some countries which normalized ties with ‘Israel’ that Tehran will retaliate to any attack on the Islamic Republic from their soils.

The future of the Axis of Resistance is hope while the fate of the enemy is defeat, he stressed.

He also pointed to the Zionists’ drills, saying that Resistance in Lebanon is fully ready and on high alert. Resistance will respond to any Israeli idiocy in a flash.