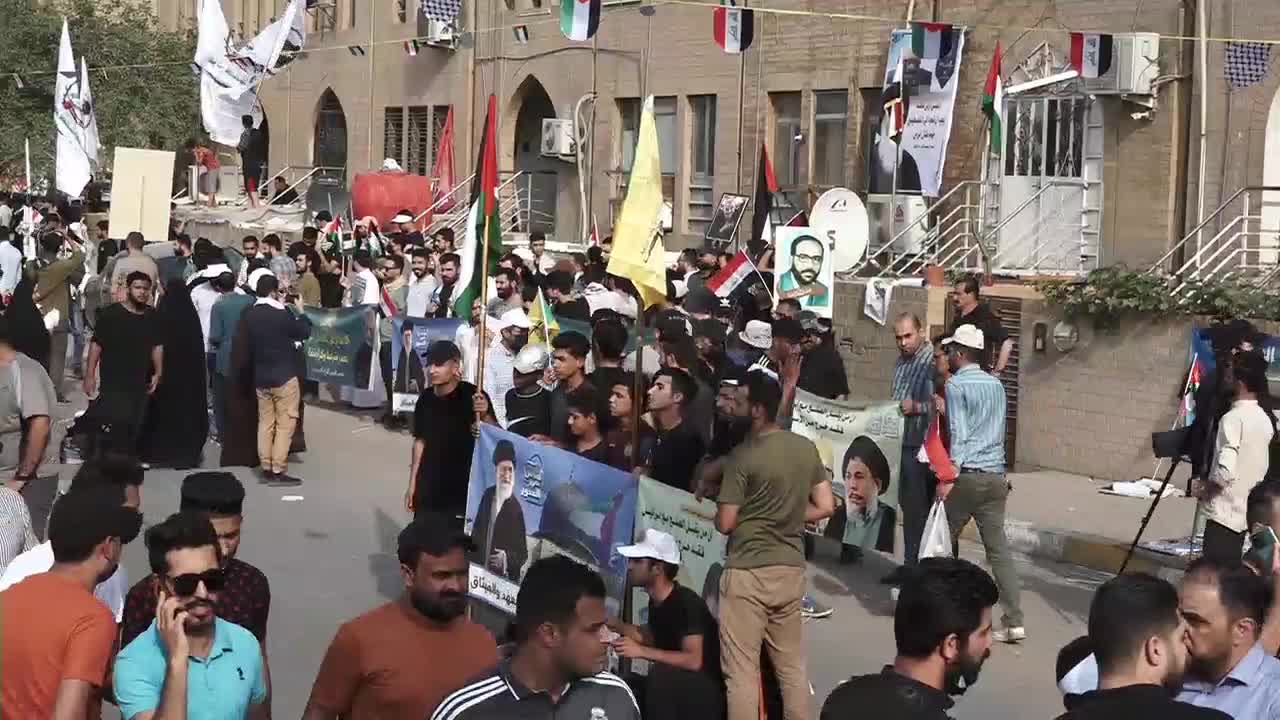 Iraqis people marched in the capital, Baghdad, in commemoration of the Quds International Day, stressing their support for the Palestinian cause.

The participants raised the flags of Palestine and the resistance as well as pictures of the martyrs, General Soleimani, the commander of the Quds Force of Iran’s Islamic Revolution Guards Corps, along with Abu Mahdi al-Muhandis.

The participants stressed that Daesh and the Zionist terrorism are two sides of the one coin, adding “they are implementing the Western colonial project, in fragmenting the Islamic and Arab region, and causing strife”.