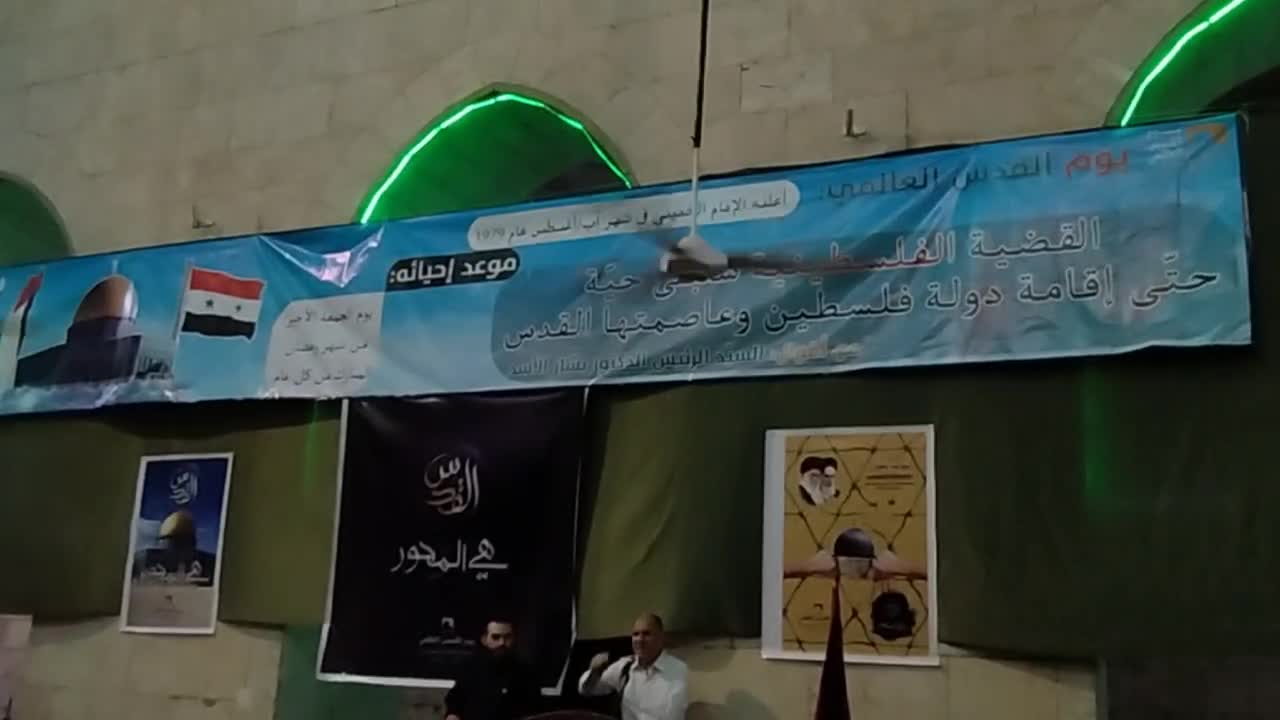 Syrian people held a massive march on Friday from the entrance of Hamidiya market towards the Umayyad Mosque in Damascus marking the Quds International Day and in support of the Palestinian people.

During the march called by the Permanent Committee to commemorate the International Quds Day, the participants raised a sculpture of the Aqsa Mosque. They also waived flags of countires of the Resistance Axis.

This was followed by a central festival in the presence of Syrian official figures, leaders of Palestinian parties, factions and forces, clergymen and a number of representatives of diplomatic missions accredited in Damascus.

Secretary-General of the Palestinian Popular Struggle Front Khaled Abdel Majid stressed in his speech that Jerusalem will remain the axis and compass of the national and liberation struggle, and it is closer than ever before.

Four Arab states, namely UAE, Bahrain, Egypt, and Morocco, normalized their ties with the Israeli regime in 2020 out of the US pressure; the action provoked protests across the Islamic and Arab countries.