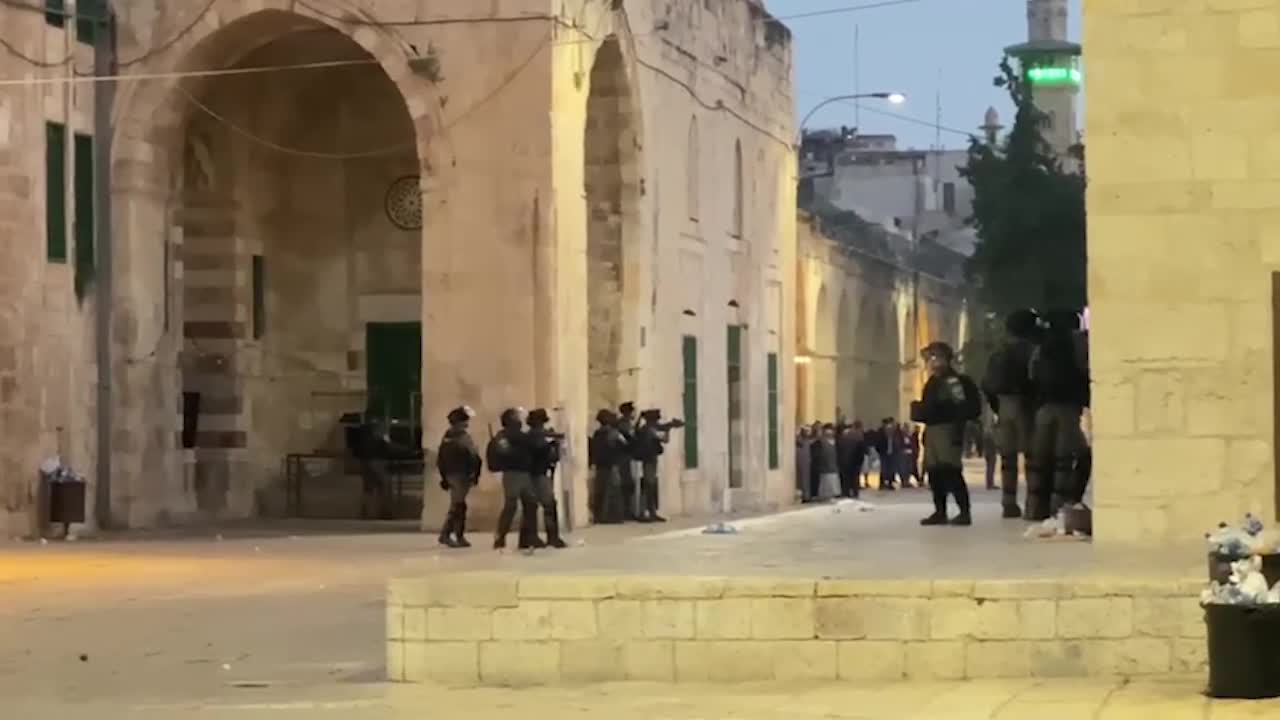 Dozens of Palestinians were injured and arrested as Israeli forces violently stormed al-Aqsa Mosque in Occupied Jerusalem and attacked worshipers on Friday morning.

The Palestinian Red Crescent Society in Jerusalem affirmed that 42 injuries were reported among the worshipers, 22 of them were transferred to Al-Makassed Hospital.

Local sources said that Israeli forces stormed the holy site in large numbers shortly after tens of thousands had performed the dawn prayer.

Following the prayer, the worshipers gathered at the Mosque courtyard and chanted pro-Aqsa slogans.

Teargas bombs and rubber bullets were fired by the Israeli police offices during the attack.

The Israeli forces closed Al-Silsila gate for hours, preventing worshipers’ access into Al-Aqsa, and surrounding nearly 1,500 others inside the Qibli Mosque.

Several worshipers suffered head injuries, the sources added. Medical crews were denied entry into the Mosque during the attack, while a medic was severely beaten.

A number of youths were also arrested during the confrontation before Israeli forces withdrew from the courtyards.

A few hours later, Palestinian worshipers started cleaning up the debris at al-Aqsa Mosque after the violent raid by the Israeli police.