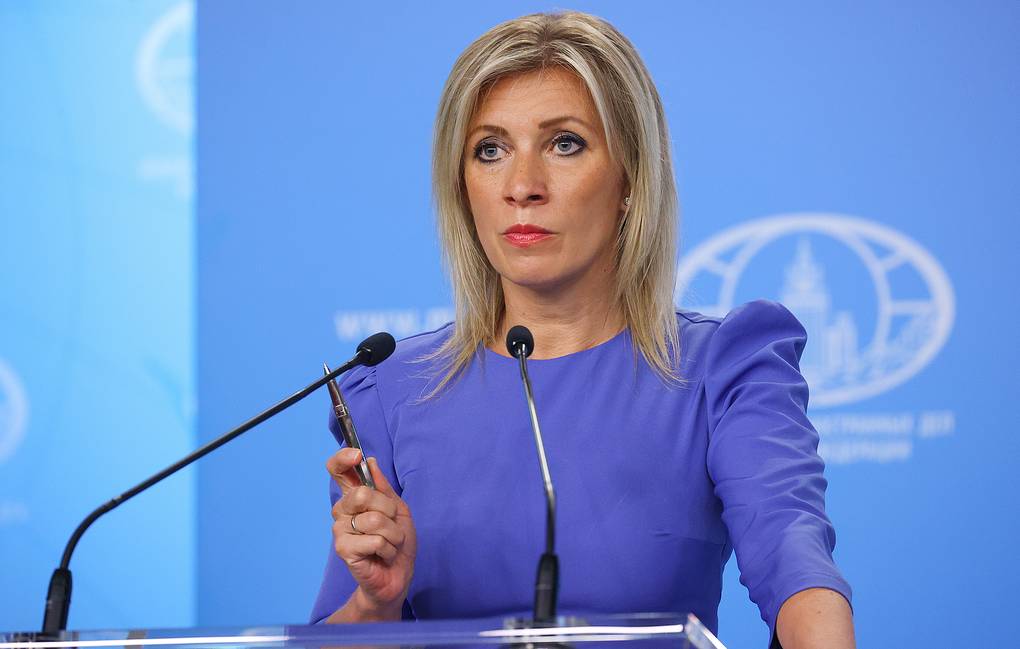 A meeting of the European Council on March 24-25 confirmed that Ukraine remained a territory under the control of Washington and a ‘geopolitical battering ram’ against Russia, Foreign Ministry Spokeswoman Maria Zakharova said in a commentary on Monday.

“The results of a European Council meeting, held jointly with the US leadership, confirmed once again that the collective West needs Ukraine which is fully under the control of Washington and is gripped by Russophobia only as a geopolitical battering ram against Russia,” the diplomat stressed.

According to the diplomat, only the US will benefit from the new anti-Russian sanctions. “While declaring the readiness for new anti-Russian restrictions, Brussels forgets to add that their approval will be advantageous only for the US, that gains on the outflow of capitals from the EU, on an increase in supplies to the European markets of their arms and liquefied natural gas at jaw-dropping prices,” she added.

“Through their actions, officials in Brussels are in fact undermining the economy of European Union countries,” she stressed. “They doom rank-and-file Europeans to the demolition of a socially oriented economic model, to life in conditions of exorbitant prices for electricity and fuel, cuts in social payments in favor of military budgets, galloping inflation and mass unemployment,” Zakharova wrote in her commentary.

The diplomat sees as belated the decision of the European Council on reconstruction of a democratic Ukraine and the establishment of a special fund for that.

“Ukraine’s evolution towards democracy, as it is known, was suspended in February 2014, when an anti-constitutional coup was staged in Kiev, instigated by Western countries,” she said, noting that Ukraine and its neighbors “have been reaping its fruits for already over eight years”.

Now, time has come for resolute measures to denazify and demilitarize Ukraine, taken by the Russian Armed Forces, she stressed, expressing confidence that after that “the Ukrainian people will get back to a peaceful and good-neighborly path of the development”.