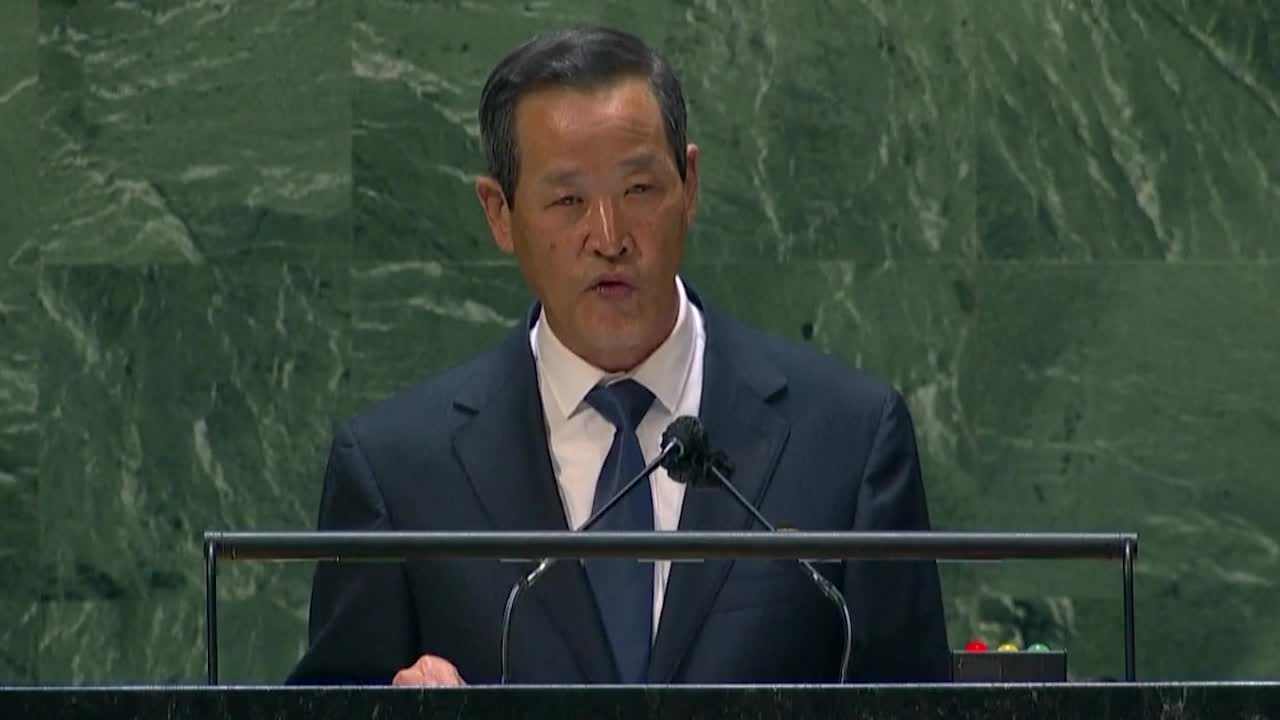 Ambassador Kim Song of the DPRK told the UN General Assembly’s General Debate that “the possible outbreak of a new war on the Korean peninsula is contained not because of the US mercy” but because “our state is growing reliable deterrent that can control the hostile forces in their attempts for military invasion”.

Kim said the DPRK has “stored reliable power to defend ourselves by exerting continuous efforts, with a clear insight into the demand of the times which necessitates us to possess sufficient might for national defense in the face of the geopolitical environment and the balance of power on the Korean peninsula as well as ever-straining international relations.”

The DPRK representative continued “as the whole world knows and as the US is so much concerned, powerful offensive means are, of course, included in our war deterrent. However, we do not want to use those means aiming at somebody. In other words, we would never violate nor endanger the security of the US, south Korea and our neighboring countries.”

He said “we are just building up our national defense in order to defend ourselves and reliably safeguard the security and peace of the country.”