Mikdad: War against terrorism to continue until eliminating it completely 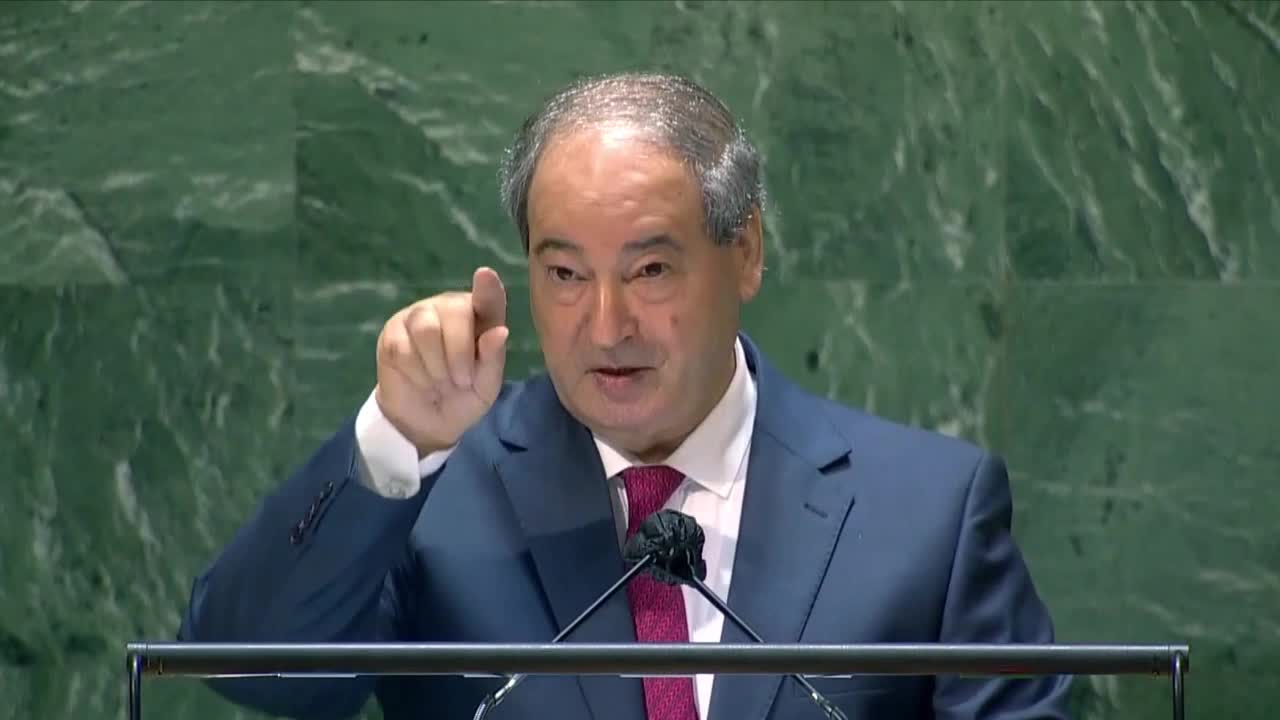 Syria’s Foreign and Expatriates Minister, Faysal Mikdad, stressed that Syria’s war against terrorism will continue until purifying all its territory from it, adding that any attacks or foreign pressure won’t affect its efforts to eliminate terrorism.

“During the past two years, the world has passed through unprecedented conditions as hospitals became full of patients and we have lost millions of souls, the economy has retreated and poverty has increased… all that was because a virus which can’t be seen by the unaided eye, and it still develops, mutates and threatens more souls all over the world,” Mikdad told the 46th round of the UN General Assembly meetings in New York.

The Minister added that if COVID-19 kills one time, it will kill and kill many times in light of the coercive, unilateral economic measures- the sanctions bring suffering and death in countries like Cuba, Yemen, Iran and Syria as special rapporteur concerned with the Negative impact of those measures said.

He went on to say that it is obvious to all that Syria was one of the most countries been affected by terrorist acts and crimes that have been carried out by financial, military and media support of known states.

“Terrorism which killed innocents, forced safe residents to flee, destroyed infrastructure and looted the country’s capabilities where rates of development reached to more than 9.5 % in 2010,” Minister Mikdad added.

He further stressed that Syria will go ahead in its war against terrorism until purifying all its territory from it and establish the State’s control all over the country, and this a non-negotiable national and constitutional right.

“Syria has seriously dealt with meetings held in Astana formula, hoping that this thing would positively give fruits against terrorism and restore stability and security in Syria, but the Turkish regime still gives evidence that it is not committed to Astana outcomes or Sochi understandings about Idleb,” Mikdad said.

Foreign Minister stressed Syria’s stance that any foreign presence on its territory without its approval is illegitimate in violation of the international law and UN Charter, in addition to all Security Council relevant resolutions which underline strong commitment to Syria’s sovereignty, independence and territorial integrity.

He clarified that “Israel” since 1967 has occupied a precious part of Syria, the Golan, thus, Syria reaffirms its commitment to the right to restore all occupied Syrian Golan into the line of June 4th, 1967.