Ayatollah Khamenei: To use cyberspace, media for enlightenment and removing ambiguities on Arbaeen rituals 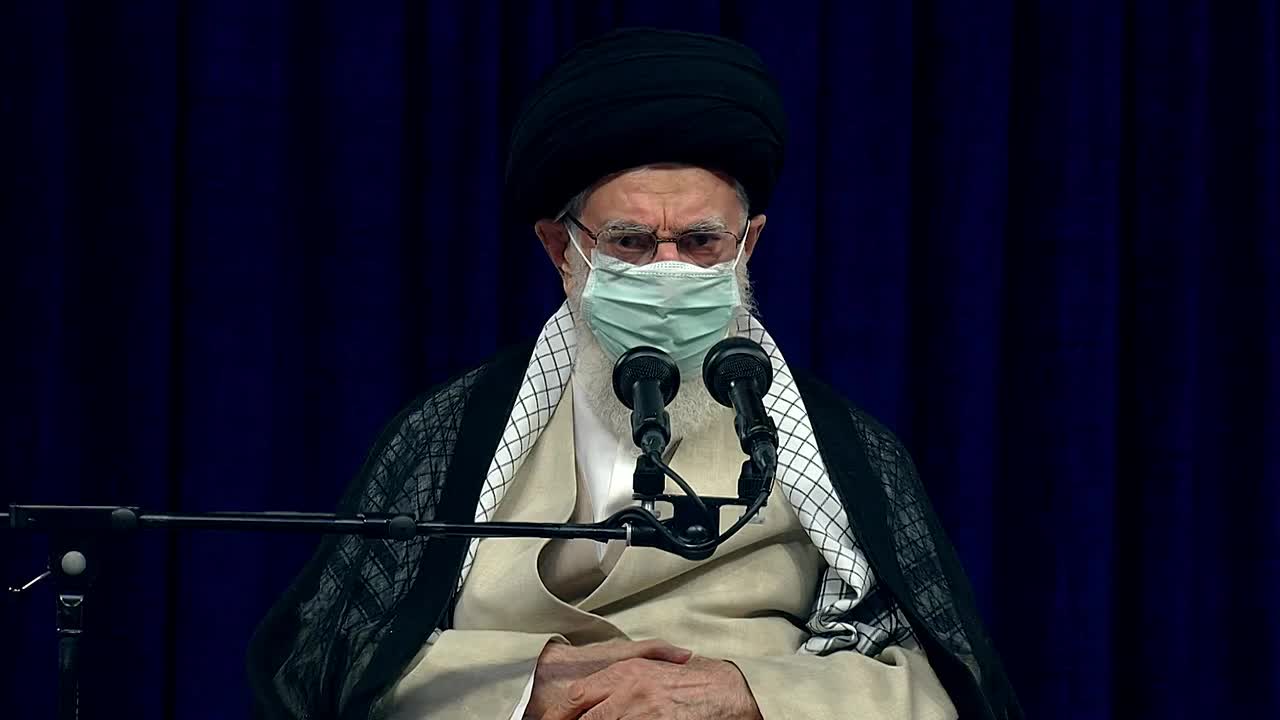 Leader of Iran’s Islamic Revolution referred to enemies’ propaganda to influence public opinion against Iranian nation performing Arbaeen rituals with various methods and tools, stressing the importance of using cyberspace and media for enlightenment and removing ambiguities in this regard.

Ayatollah Ali Khamenei made his remarks on Monday during a mourning ceremony through a video link from Tehran University to Imam Khomeini Hosseiniya.

Ayatollah Khamenei called the period of Ashura to Arbaeen as one of the most important periods in the history of Islam.

“If Ashura were the peak of struggle and sacrifice of great Imam and his companions, then the 40-day period was the peak of struggle to explain and the revelation of the facts, and this zealous explanation of Imam Sajjad, Hazrat Zainab and Umm Kulthum, and the extraordinary patience of the Ahl al-Bayt, complemented that sacrifice and made the Karbala uprising eternal.”

The Leader of the Revolution, referring to the propaganda orchestrated by of the enemies against the Iranian nation to influence public opinion with various methods and tools, considered the moves to enlighten the realities neutralize these propagandas and addressed the students who participated in the ceremony “Dear students who are the fruit of the nation and a real hope for the country are tasked with explaining the facts, and remove the ambiguity around the realities.”

The Leader underlined using the cyberspace and media for enlightenment and removing ambiguities saying “Of course, the definite principle in the case of jihad is explaining and telling the truth, using moral methods and expressing issues with logic, sobriety, complete rationality and using humane emotions, and avoidance of insults, slander, lies, and deception in the face of public opinion.”

Ayatollah Khamenei further expressed satisfaction with the fact that the youth are equipped with a lot of thought, rationality, and awareness and stressed the need to strengthen these characteristics.

“The path of Imam Hussein is a blessed path that will lead to a definite result and success, and you, the youth, will be able to lead the country to the peaks of material and spiritual happiness, inspired by this path and enlightening knowledge.”

Unews Monitors Crowds Flocking to the Holy Shrines of Imam Hussein (AS), Hazrat Al-Abbas in Karbala