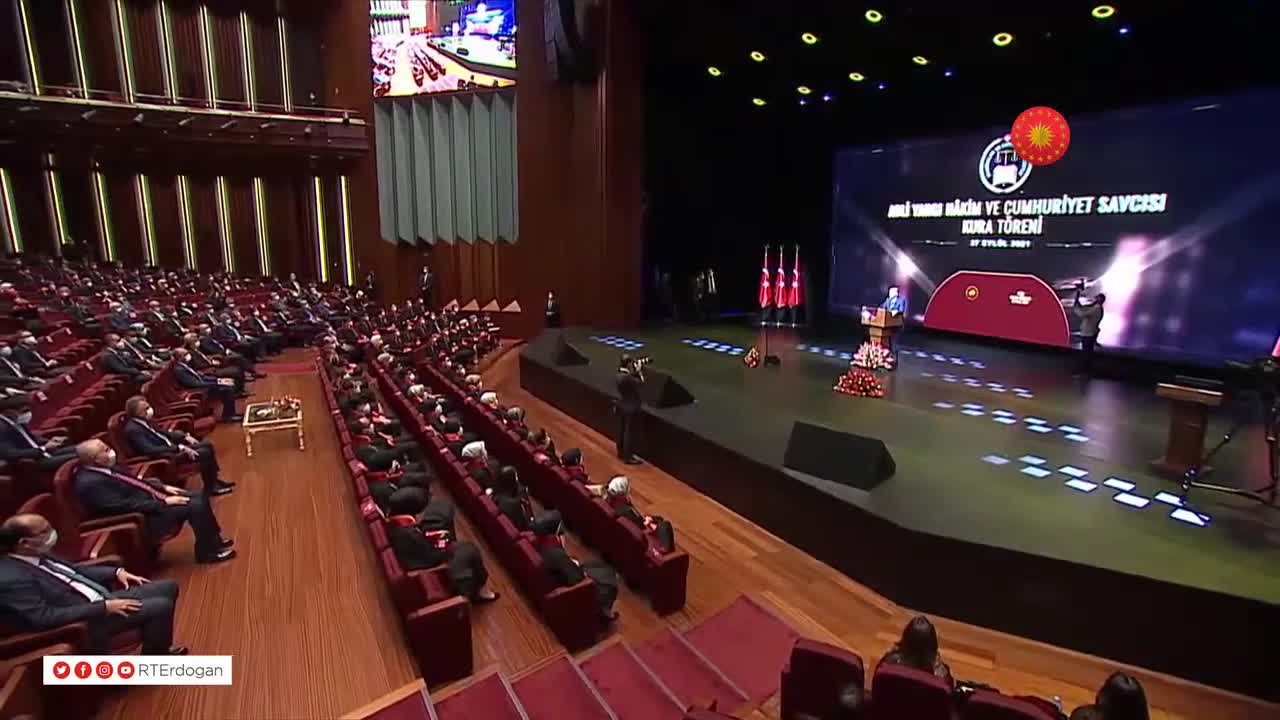 Turkish President on Monday said that in a society where fundamental rights and freedoms are not guaranteed, trust in justice is damaged and the political will is doomed to fail in efforts for economic development and progress.

“Sad events in our close geography, especially in Syria, have bitterly shown that countries which disregard justice, fundamental rights and freedoms, law and humanitarian values will not survive,” Recep Tayyip Erdogan said in his speech at the appointment ceremony of judges and prosecutors in the capital Ankara.

Erdogan said the biggest tight spot of the Turkish legal system had been that it was subjected to an anti-democratic intervention almost every 10 years.

He also praised the number of women appointed during the ceremony, saying women candidates stood out with their success.

“There are currently 21,844 judges and prosecutors on duty. With this appointment ceremony, this number will rise to 22,859 today,” he said.

He also commemorated a prosecutor who was shot dead by the DHKP-C terrorist organization.

“I believe that each of my brothers and sisters here will make an effort to carry the banner of justice they received from martyr Mehmet Selim Kiraz to much higher levels.”