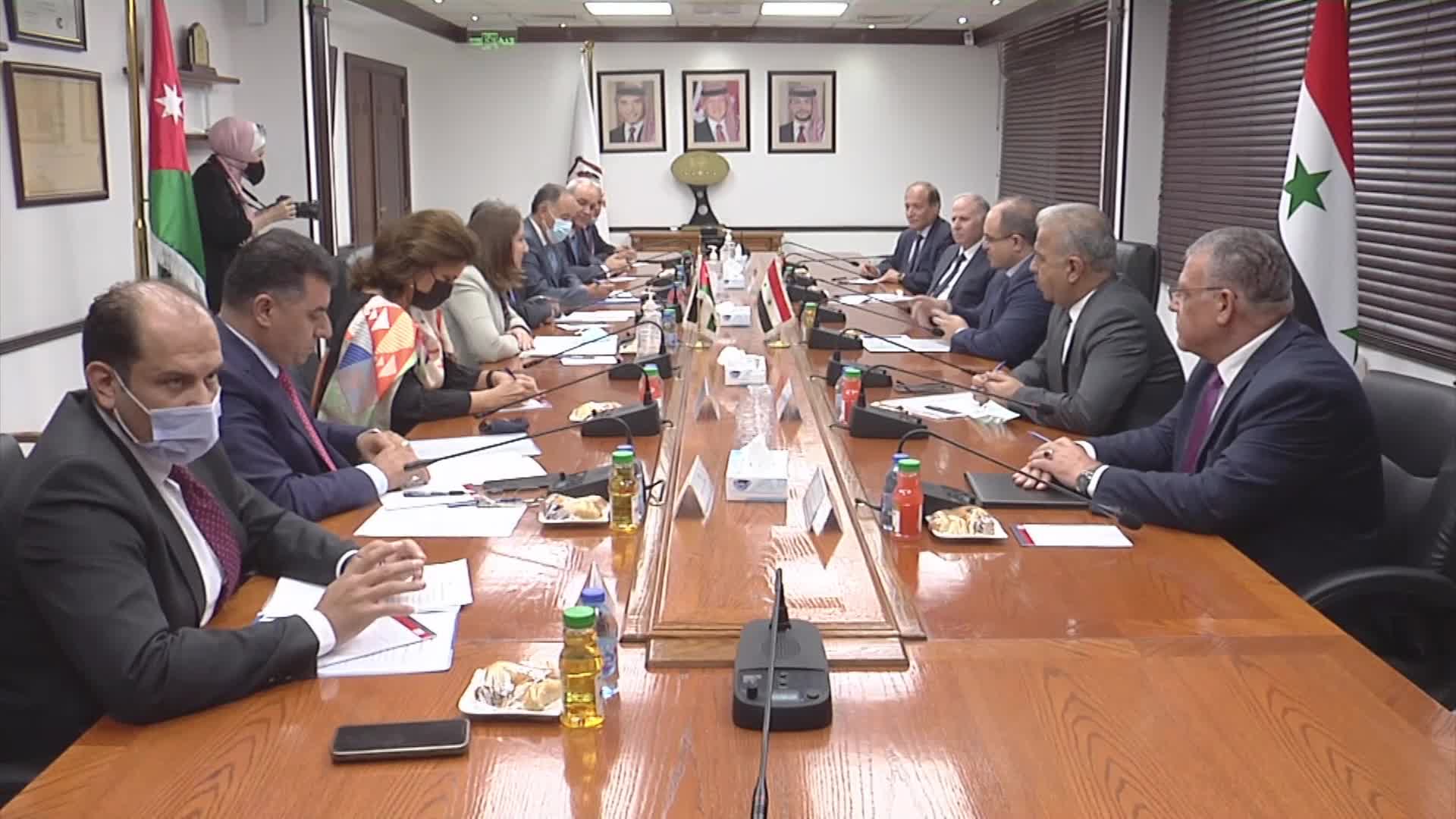 Jordanian ministerial meetings started on Monday in the Jordanian capital of Amman to discuss bilateral cooperation between Jordan and Syria in trade, transportation, electricity, agriculture, and water resources fields.

The meetings aim to revitalize the economic relations between the two brotherly countries as well as the resumption of trade exchange to serve the interests of both countries, according to Petra Agency.

A delegation comprises Ministers of Economy and Foreign Trade l, Water Resources , Agriculture and Agrarian Reform and Electricity on behalf the Syrian side, and their Jordanian counterparts.