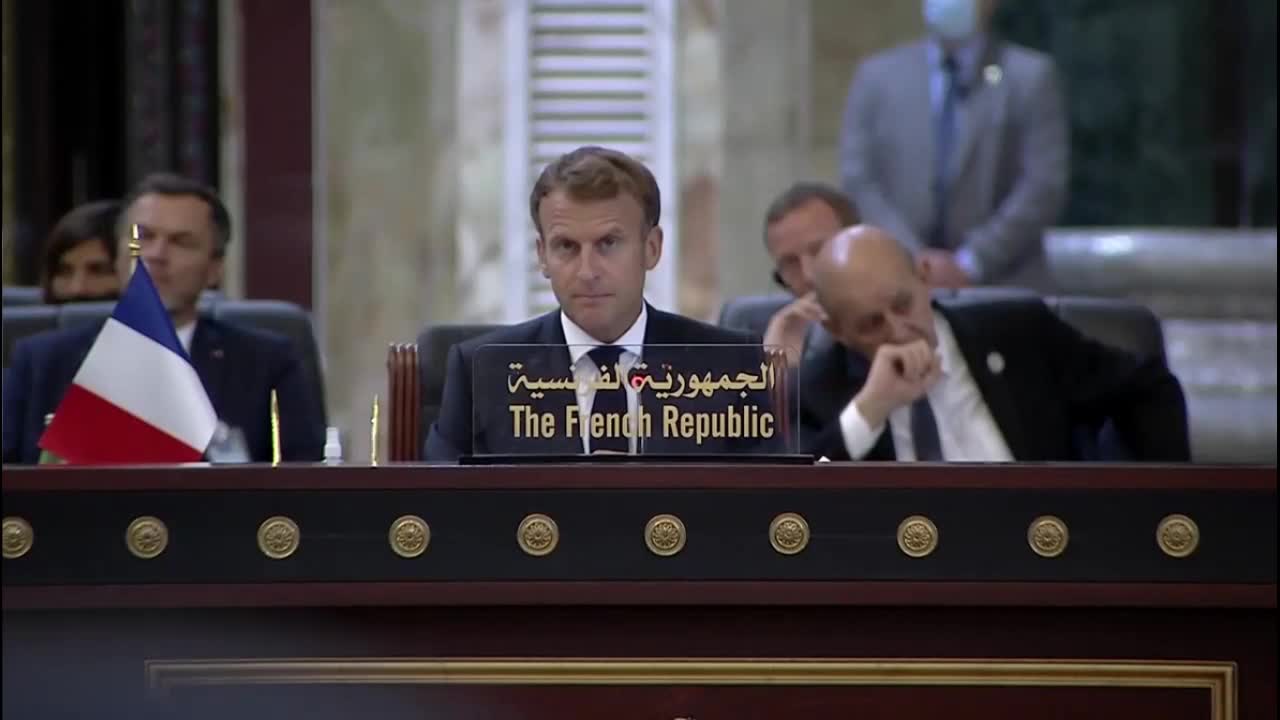 “I salute the heads of the state and government for their participation in Baghdad conference. This conference came to support the sovereignty of Iraq,” Macron said on Saturday addressing “Baghdad Conference for Cooperation and Partnership”.

Macron added “Baghdad Conference is the fruit of discussions with Iraq and the success of the Iraqi people is a success for all participants in the conference.”

“The Iraqi people have suffered a lot, and that Iraq is heading today towards stability and development and France will remain committed to supporting Iraq and supporting the Iraqi forces, especially supporting the sovereignty of countries,” he said.

He further stressed that “the Iraqis bravely participated in the war against Daesh,” noting that “the Iraqis are waiting for the necessary reforms, and that France has various projects in Iraq.”

Macron then noted that the European Union will send observers for the elections.