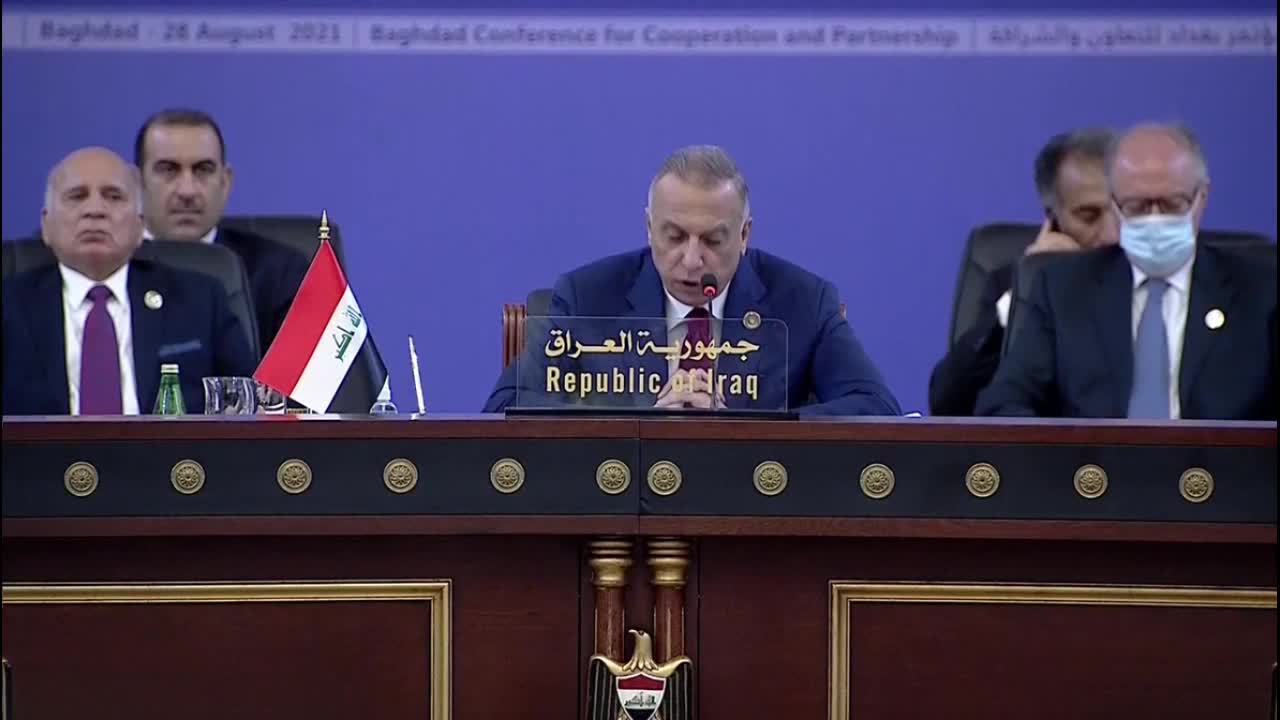 “We welcome the States participating in Baghdad Conference, as the Conference reflects Iraq’s vision of establishing the best relations.”

Al-Kadhimi said on Saturday during the “Baghdad Conference for Cooperation and Partnership”.

He added “Iraq has faced great challenges, and we have great ambition to reconstruct it , as we encourage the investment companies, and we sensed international seriousness in supporting investment in Iraq, and we seek to activate projects and restore life in all Iraqi cities.”

Al-Kadhimi went on to say “Terrorism represents a common threat to al, and Iraq refuses to use its territory as an arena of conflict, affirming that the meeting of the Grand Ayatullah Sayyid Sistani with the Pope represents a qualitative leap in tolerance and fraternity.”

He added that Iraq received international support to hold the elections upon the request of the Iraqi government, stressing that there is no return to non-democratic paths.