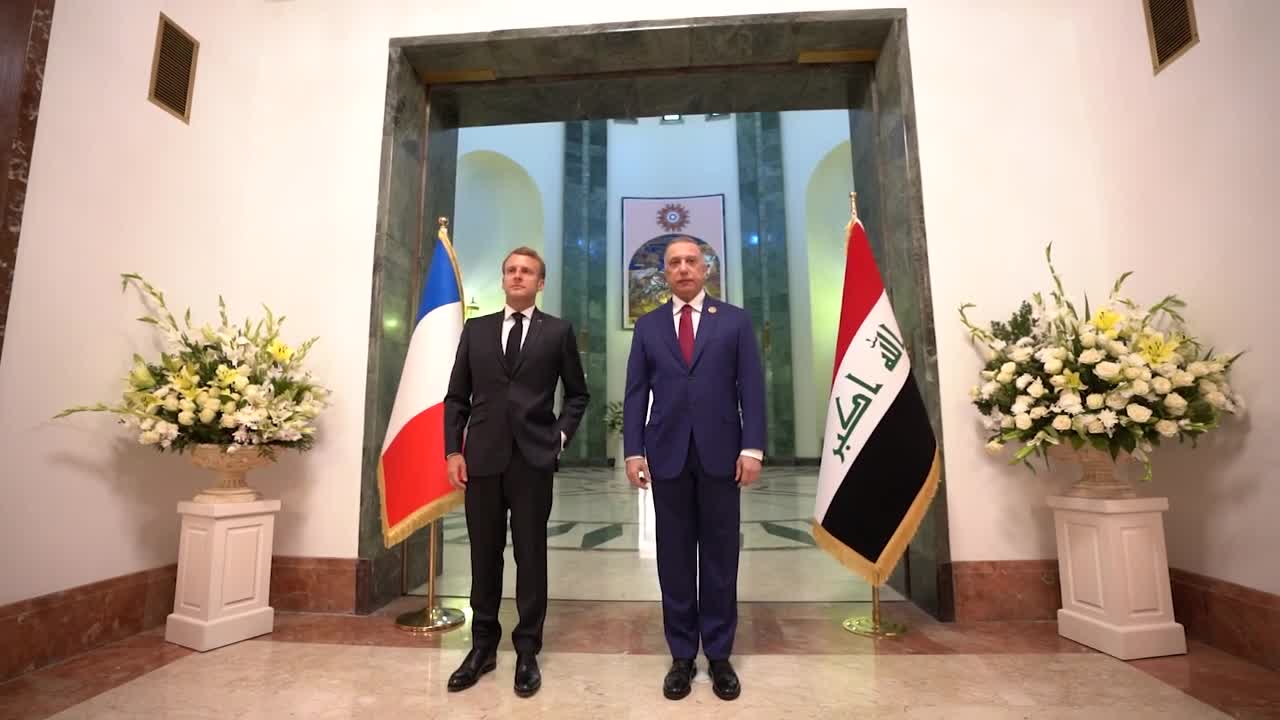 Iraqi Prime Minister Mustafa Al-Kadhimi expressed his appreciation to France for supporting the Iraqi forces, stressing the future horizons of cooperation with France in all fields.

He further hailed “efforts made by President Macron to coordinate and participate in Baghdad Conference of Cooperation and Partnership.”

Al-Kadhimi also expressed his thanks to all the leaders who came to Iraq to attend this conference to support the Iraqi people, and to support Iraq’s efforts to achieve sustainable development and consolidate stability.

He further noted that the joint bilateral action between Iraq and France is based on a sustainable strategic economic partnership, referring to “important economic projects between the two countries that we seek to overcome all the obstacles in order to achieve them, especially in the areas of infrastructure and energy”.